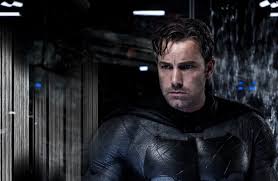 With the paltry performance of Justice League, it isn’t surprising how the fate of the DC Extended Universe has been in a state of uncertainty. There have been rumors upon rumors of key people intending to leave or sign on to the franchise. Arguably, the most persistent rumor surrounds Ben Affleck and his role as Batman.

Previously, the A-list actor hinted that he might not reprise his role for the standalone film. Recently, there is news coming from a reliable Twitter source, Daniel RPK, revealing that the actor is sticking around:

” Tag it under rumor for now; I hear Ben Affleck now wants to stick around as the DCEU’s Batman.” read Daniel RPK’s recent tweet.

The identity of Daniel RPK remains unknown. However, he has been a reliable source when it comes to news surrounding the DC Extended Universe. He hinted that WB tapped a big director to direct Blackhawk. Days after Steven Spielberg signed on to the project. He also announced that Ava Duverney, from A Wrinkle in Time, would helm New Gods. The studio  confirmed the report days after.

At the moment, neither Ben Affleck nor Matt Reeves, who is currently working on the standalone Batman movie script, has released a statement regarding the fate of Affleck as Batman.

Nevertheless, DC fans have chimed in how they feel about the rollercoaster involving Affleck and Batman. On Twitter, there are a few who are excited about Affleck’s decision to stay and reprise his role as the caped crusader:

“I don’t like the Snyder DCU for the most part – but I do like Ben Affleck a lot as Batman and would love to see him do the role under better writers & directors #Batman #DCEU” quipped Tony Wolf, @tonywolfness on twitter

” Give Ben an A+ script as the Dark Knight. I hope he’s given the chance.” tweeted Kenneth Royal, @Sirbang24.

Of course, there are others who feel exasperated by the Batman rumor mill. Speculations change almost weekly. Some fans are already over the ever changing news:

“Hey I’d like nothing more than for Ben to keep playing batman but I’d be a hypocrite if I believed this rumor over the other one. I stopped listening to rumors and just waited for something official. That’s why I’m not getting my hopes up for the superman game yet.” tweeted Wesley White, @wesleywhite626 on Twitter.

There has yet to be any confirmation regarding the production dates for the standalone Batman movie. However, many expect the film to release in 2020 or 2021.