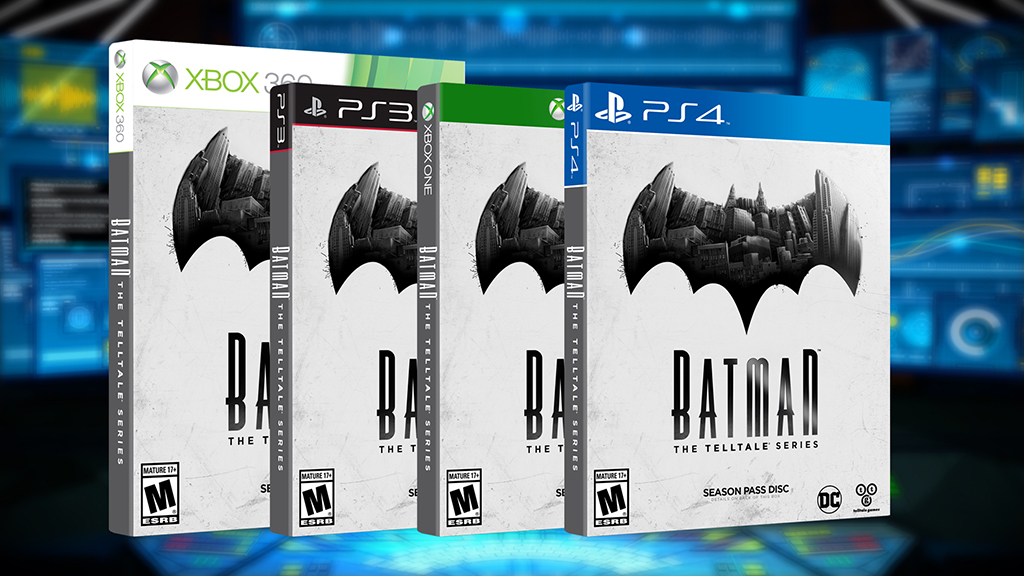 Developer Telltale Games has announced the retail release dates for BATMAN: The Telltale Series on their official blog. The physical version of the game will be a season pass disc coming to North American retailers on 13 September and 16 September in Europe. This will grant access to the first of five episodes of the series and the remaining four when they become available to download via online updates.

It appears then that the series will contain five episodes in total and are all aiming to be out by the year’s end, as previously stated.

The above images debuts the game’s box art and snazzy new logo. As for when players can expect to digitally download the game, it was recently revealed on an episode of DC All Access that the first episode would be available in August. Telltale has confirmed the timeframe in this recent blog post, alongside teasing a new trailer which will debut the release date of the first episode set to premiere sometime next week.

The studio also has a treat for anybody lucky enough to attend San Diego Comic-Con later this month. On Saturday 23 July, fans can watch the first episode being played in a ‘special crowd play event’ ahead of its public launch. The event will be hosted by Kinda Funny’s Greg Miller and will see voice of Batman, Troy Baker, accompany members of the Telltale team for the unveiling of the episode.

Back at E3 earlier this month Telltale invited members of the press to experience a slice of the game in a rather elaborate booth. It looks like it won’t be long until Bat-fanatics can get their hands on Telltale’s take on The Dark Knight.

To register for the event, email [email protected] for further information.