Still reeling from the recent Batgirl movie news? The hits, of the feel good variety, just keep coming. According to Entertainment Weekly, their sources suggest the Joss Whedon-led film will borrow from the character’s New 52 arc. This means Barbara Gordon is indeed the Batgirl of the cinematic universe. It isn’t especially surprising news, considering DCEU’s Wonder Woman utilizes her New 52 backstory, whereby she’s a demi-goddess and the daughter of Zeus. But, still… whoa!

Writer Gail Simone led the charge in the run of the Batgirl comics in the New 52 continuity. Most exciting was seeing Babs coming back from her Killing Joke arc and recovering to become the hero everyone knows and loves. The stories told in the run, which sometimes intersected with Scott Snyder’s Batman (especially Death of the Family), were intimate. We were given the chance to see her battle everyday life, in and out of the cowl. Her connection to Batman had hit a low and her and Dick weren’t on the best of terms. Plus, she had a new roommate. Interesting stuff. 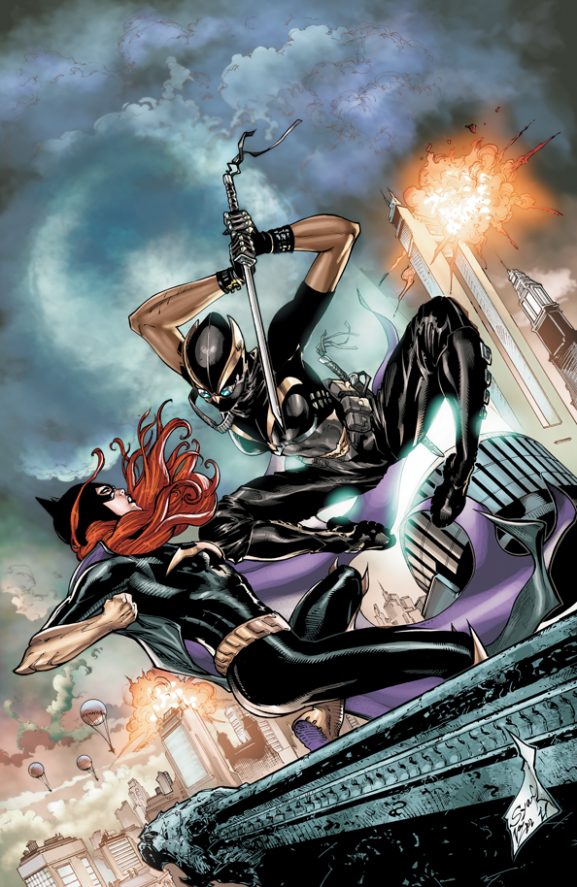 The run also saw Batgirl get her own fair share of formidable foes, most notably Mirror. EW says their sources are not sure on how much of the arc will be explored in Whedon’s take. However, expect Gail Simone’s “harder-edged storyline” and not the comical tastes of 2014’s Batgirl of Burnside.

What this seems to indicate is that at least some form of the Killing Joke narrative will be represented in the DCEU. If so, this adds but another layer of complexity to Batman and Joker’s still mysterious relationship. Of course, the news of Batgirl’s impending introduction raises further questions. Chief among them being if she’ll play a part in Gotham City Sirens. Also worth hoping for is the possibility of Birds of Prey. If we’re getting Batgirl and Nightwing, who’s to say Huntress and Black Canary won’t be getting the love, as well?