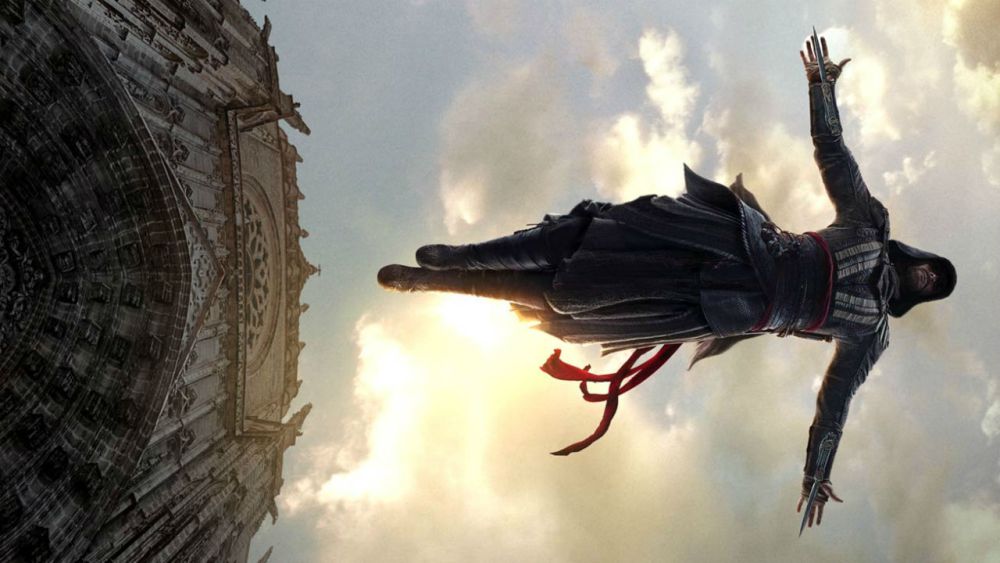 Hidden blades, hooded figures, parkour, and the Assassin’s Oath are all integral to Assassin’s Creed. However, perhaps the most iconic aspect of the nearly decade old series is the Leap of Faith. It’s a literal jump new members are required to perform upon initiation, as seen with Ezio in ACII. In a video game, it makes all the sense in the world in the world. An Eagle caws, you jump in a haystack from hundreds of feet in the air, and then quietly dispatch two clueless guards with your hidden blades. It works. But it isn’t practical; not in the real world, at least. Again, it’s an integral part of the franchise, so of course it’s going to make its way into the big screen adaptation.

Unfortunately, there will be no haystacks in the film. However, we will still see the Leap of Faith, though what Fassbender’s Assassin falls into remains a mystery. In the featurettte below, the production on capturing such a visual is explored in depth. The stunt double, Damien Walters, actually free falls from a crane supported platform 125 feet in the air. The video notes that Walters’ jump is “one of the highest free falls performed by a stuntman in almost 35 years.”

As stated in the clip, it would have been much easier to get the shot digitally. But the filmmakers’ commitment to capturing everything as they actually appear, instead of relying on visual effects, deserves much applause. Based on the trailer, the combat and the action appears as if its been lifted directly from the games. Here’s to hoping other aspects of the film are being handled just as carefully.

“Through a revolutionary technology that unlocks his genetic memories, Callum Lynch (Michael Fassbender) experiences the adventures of his ancestor, Aguilar, in 15th Century Spain. Callum discovers he is descended from a mysterious secret society, the Assassins, and amasses incredible knowledge and skills to take on the oppressive and powerful Templar organization in the present day.”

Ubisoft has the game series taking a break this year, but the Assassin’s Creed movie hits theaters on December 21.