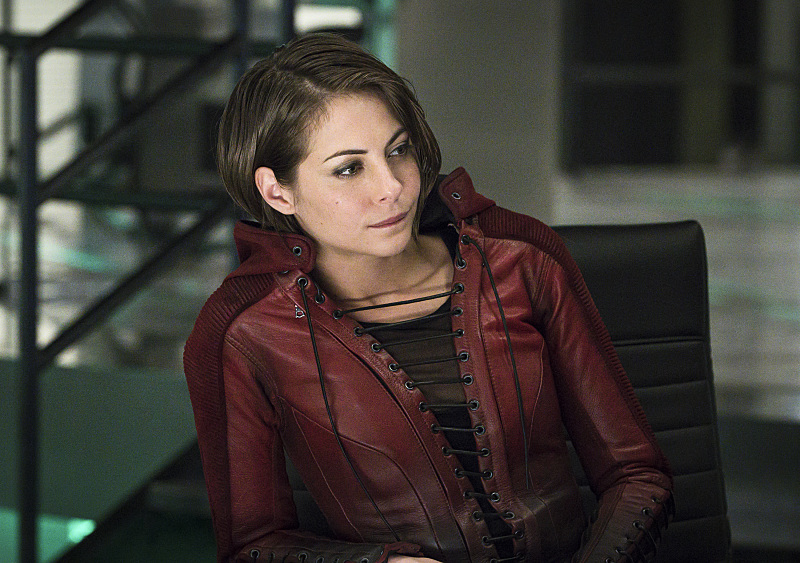 It’s no secret Arrow was building its own version of the Suicide Squad with staple characters such as Deadshot, Amanda Waller, Bronze Tiger, and others. Even Harley Quinn popped up in Season 2, the back of her shown as she was locked in an A.R.G.U.S cell and voiced by Tara Strong. The seeds being planted there were a key part of Diggle’s side arc with his soon to be wife, Lila. It seemed as if the show had grand plans for Task Force X, since the Squad received an episode focused on it, which is still one of the series’ better hours.

Sadly, the villainous team began getting picked off and those narratives were explored less and less. This later culminated in the death of Amanda Waller in Season 4, a move that proved once in for all what was going on behind the scenes: Warner Bros. wanted to save those characters for the films. Fans weren’t the only ones upset, as Thea Queen/Speedy actress Willa Holland has spoken out on the missed opportunity and the frustrating circumstances.

“We were about season two when they started telling us we had to start basically killing off the Suicide Squad that we were starting to build on our own,” Willa Holland revealed to The Mirror. “We were actually trying to build that on our own on the show, and I guess once DC found out they were going to be doing their own movie of it, we had to ax all of the characters before we even got to show them, which was a little annoying at first.”

“Then when Stephen found out there was going to be a Justice League [movie] it only seemed, rightly so, he would be playing Green Arrow on it as well as that Grant [Gustin] would be playing the Flash,” she continued. “It seemed like the right normal answer, and — once they said no — you can’t really fight against them for it, because they are the people that gave us a job in the first place. So you just have to sit there on your hands, like okay, I get it!”

“I think it’s above our pay grade, knowing why, with the legal matters behind the scenes, they are keeping them separated.”

“Marvel does it in their own weird right, kind of mash between Agents of S.H.I.E.L.D. and the movies and stuff. So it’s a little upsetting because you know it is possible and it can be done and how good it would be if it was done.”

She definitely has the weird part correct, since Agents’ Chloe Bennet recently called out Marvel for not giving enough attention to the supposed shared continuity of the MCU. And they aren’t alone. The Flash’s Tom Cavanagh has offered his heartfelt opinon on why Grant Gustin deserves to be the DCEU’s Scarlet Speedster.

It’s interesting to see actors from the shows airing their thoughts on these puzzling issues. Most importantly, it proves the film and television divisions are just as separated as fans have been fearing. Audiences invest time into the tv characters and storylines week after week. Who knows how long we’ll be waiting to find out if the DCEU will tackle Flashpoint, but by the end of the year we’ll definitely know if the Arrowverse is headed in that direction. That kind of instant satisfaction, paired with the growing love for the characters and the actors who portray them, is why the separation is so difficult to fathom.

Maybe Arrow Season 3 was actually meant to delve further into a Suicide Squad plot, explaining why the Ra’s al Ghul arc felt so off. It’s disappointing to know we may never find out.