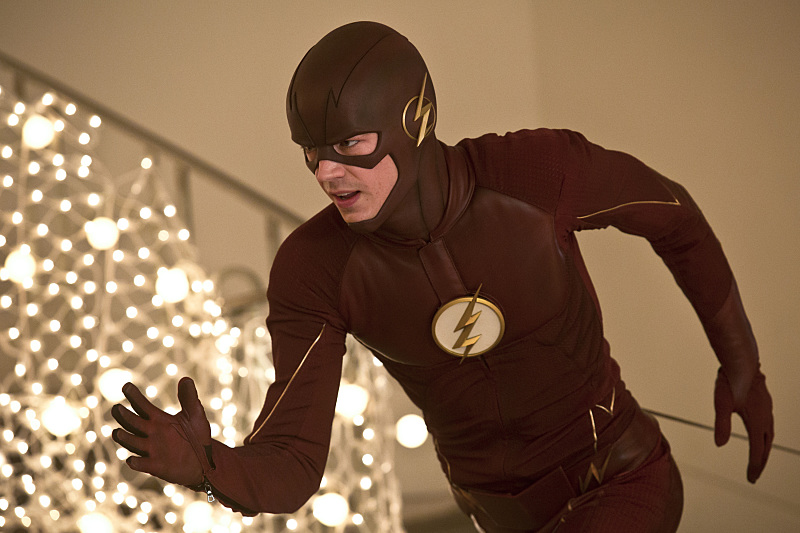 It’s no secret that when Ezra Miller was announced as the star of the upcoming Flash standalone film, days prior to the show’s Season 1 premiere, fans were concerned. At the time, it wasn’t because Grant was the best choice, that remained to be seen, but it confirmed for the first time what everyone had been thinking – the DCEU and the shows were to exist in separate universes. As the show’s first season came to a close, Grant Gustin had become The Flash. His Barry Allan embodied a hero like no other, and even after getting a glimpse of Miller’s take on the character in Batman v Superman, the consensus remains the same. It should come as no surprise that Reverse Flash/Harrison Wells/Harry actor, Tom Cavanagh, agrees with said consensus. What’s more heartwarming is the way in which he explains why Gustin deserves to be in the films.

“It was either Variety or Vanity Fair that wrote an article that said [DC] needs to watch what they’re doing on TV, because the TV’s working and some of the other darker stuff isn’t working.

Here’s what I’ll say about him not being The Flash,” Cavanagh told Nerdist on the Puck Soup podcast. “The first thing is that for Zack Snyder to say ‘that’s not really the universe that we’re building,’ it’s excruciating for an actor. Because you’re like, ‘Uh, what about acting?’ He’s a clean-cut guy and winning, yes, because he’s acting that. He’s not Barry Allen. He’s Grant Gustin. He created that thing. If you want [your Flash] to have long hair and be a slacker, believe me, Grant can play that. He makes it look easy and makes everything think that’s what he is because he’s an incredibly skilled talent. That’s why he has that job. That’s why people like the show.

If Zack Snyder were to read him for [The Flash], he would be shocked. It’s crazy for a big-time Hollywood director to say ‘that’s not the universe.’ It’s a huge misstep on his part. If you’re a director, and you’re worth your oats, then you should be able to, given an actor with talent, mold him into what you want, and Grant could do that.” 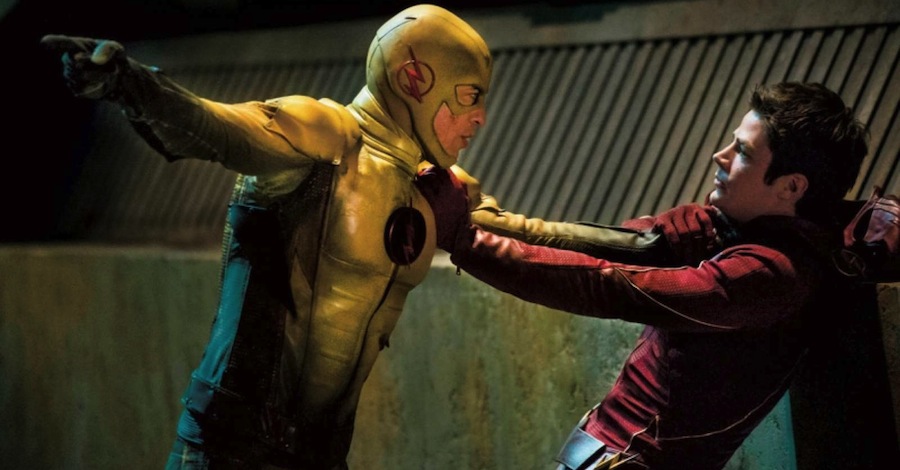 Cavanagh has a point, but it may speak to a larger issue of there being a negative connotation when comparing TV actors to those who appear on the silver screen. For some — execs, directors, and writers included — the individuals that appear on our TV screen every week are of a lesser variety of actor. Which, depending on who is asked, may have some merit, but if an artist excels at their craft, the sky’s the limit in regards to what they can accomplish. And the versatility Grant Gustin’s shown in just two seasons, proves he can achieve that and much more.

The actor also revealed what he told Gustin once the news had come through that someone else had been cast for the movie role.

“The second thing is that the movies are tremendous. They’re building all of us up. The difficult thing for the movies is that we’ve had two years in the case of The Flash to win you over and tell a story. They have two hours. That’s not easy to do. So that’s why you see so many missteps. It’s very hard to get that right. And I said to Grant when this was announced: ‘Look, that’s years from now. Do you just want to just be The Flash? You have the ability to be in a Spielberg war movie next.’ And that will happen for him.

For his first big movie role to be The Flash, I don’t know if that’s the best thing for him. because you’re asking him to do the same thing he’s had years to do, to do the exact same thing in two hours, and it’s in different hands creatively. It’s tricky.”

With the shakeup going down at Warner Bros., and The Flash film currently without a director, the DCEU could be primed to build a universe similar to what the CW shows have been praised for. For now, we’ll continue to enjoy the two being separate as Grant Gustin continues to wow us, and the films continue into their own lane of comic book adaptations.