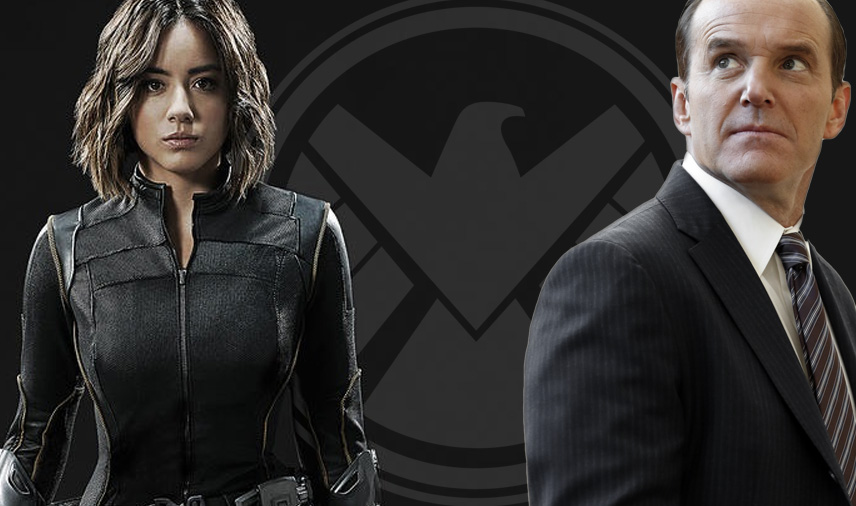 This weekend during an onstage Q&A at the Wizard World Comic-Con in Des Moines, Chloe Bennet of Marvel’s Agents of SHIELD (AoS) had some particularly sobering words regarding Marvel itself and its (dis)regard of its most popular live action show.

Bennet was asked about the existence of Hive, AoS’ current big bad, who seems utterly unstoppable and resides in the body of former SHIELD-agent-but-actually-HYDRA-loyalist Grant Ward (Brett Dalton). As he’s become a global threat, wouldn’t the Avengers have stepped in or been brought in at this point? It’s a valid question as Hive seems to be far more of a menace than Baron Zemo, Aldrich Killian or any other villains outside of Loki and Ultron that have popped up in the MCU recently. Bennet replied:

“I don’t know. People who make movies for Marvel, why don’t you acknowledge what happens on our show? Why don’t you guys go ask them that? Cause they don’t seem to care.”

Bennet elaborated further when asked if she’d like a crossover between the series and the MCU:

“I would love that. The Marvel Cinematic Universe loves to pretend that everything is connected, but then they don’t acknowledge our show at all. So, I would love to do that, but they don’t seem to keen on that idea.”

She isn’t wrong. Fans have consistently wondered the same exact thing. After Agent Phil Coulson died at the hands of Loki in The Avengers (2012), Marvel was inundated with the outcry of fans who had grown very attached to the supporting character. Coulson, portrayed by Clark Gregg, made his MCU debut in Iron Man. The character was intended to be nothing more than a one-off, but the charismatic Gregg made Coulson truly likeable, and by the time he reappeared in Thor in a much bigger role, we were hooked. So when he was ruthlessly and unexpectedly murdered, it’s no wonder fans were distraught. Marvel responded by creating a new series for ABC, Marvel’s Agents of SHIELD (AoS), which would see Agent Coulson brought back to life via convoluted biochemistry. Since then Agent Coulson has become Director Coulson after the fall and resurrection of SHIELD in Captain America: The Winter Soldier, to preserve former Director Nick Fury’s anonymity.

During the first season of AoS, Marvel heavily marketed the concept, “It’s all connected.” It actually became a tagline for the show. The series struggled with ratings in its infancy, and Marvel was likely trying to hook fans by making it seem it was part of the films they loved. It worked.

After The Winter Soldier premiered, ratings for AoS became much healthier, and the show was renewed for a second season. Now, after being locked in for a fourth, Bennet is like much of the rest of us loyal to the show when we ask, “So just how is it still connected?” The films have notoriously refused to address the resurrection of Coulson as well as acknowledge even the existence of the SHIELD crew or any other characters in Marvel’s other shows on Netflix. So what gives?

Joss Whedon, director of The Avengers and The Avengers: Age of Ultron, classically stated to BuzzFeed in 2015 regarding Coulson:

“As far as I’m concerned, in this movie [Age of Ultron], Coulson’s dead,” he said. “If you come back in the sequel and say Coulson’s alive, it’s like putting fucking John Gielgud in the sequel to Arthur. It mattered that he’s gone. It’s a different world now. And you have to run with that.”

Okay, creatively that makes sense, but it still seems cruel to fans and SHIELD agents alike, especially when there have been periodic crossovers and appearances on the show like Lady Sif (Thor, Thor: The Dark World), Gideon Malick (Avengers) and Jasper Sitwell (Thor, Avengers, Captain America: The Winter Soldier). Even Nick Fury and Maria Hill have shown up in a couple of episodes. There are also consistent references to the films, with the events in the MCU directly affecting the team. It’s a one-way street though as the films don’t reciprocate.

“It’s about finding the right way to do that. And the honest answer is, movies are developed so far in advance that a lot of those things [Inhumans, Hydra monsters, etc.] weren’t done when we started to film [Captain America: Civil War]. Or, if we were to do something in a film that absolutely handcuffs what the team can do in season 2 of whatever show, they don’t want to be handcuffed. They shouldn’t be handcuffed. It’s just finding the right time and right place to do it.”

So really it’s anyone’s guess. The Russo Brothers, directors of Captain America: The Winter Soldier, Captain America: Civil War and Avengers: Infinity War, have maintained that while anything is possible favorite Marvel TV characters like the SHIELD agents as well as The Defenders are highly unlikely to have a place in the MCU.

In the meantime, you can watch the poor misfits on Marvel’s Agents of SHIELD during its Season 3 finale tonight on ABC and when it returns for Season 4 in September.