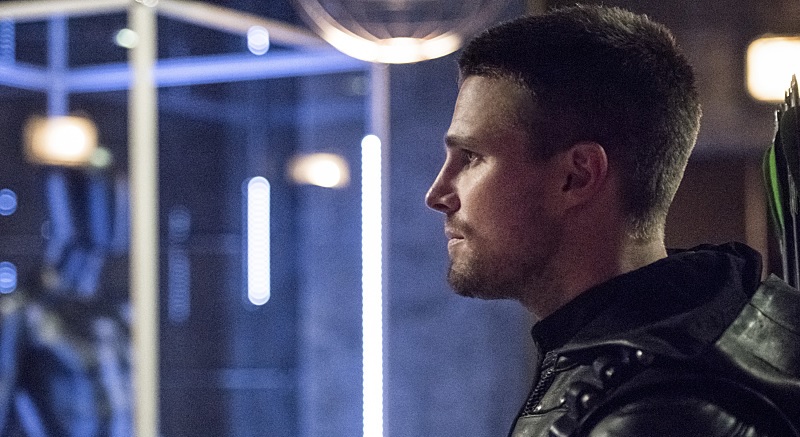 The introduction of The Flash into the world of Arrow has had phenomenal ripple effects. Thanks to the Speedster’s arrival, we’ve been gifted Legends of Tomorrow, Supergirl, and Superman is returning to television imminently. However, it hasn’t all been Big Belly Burger levels of goodness. In many respects, Arrow has suffered. The show especially began taking a down turn when magic came on the scene. There have been benefits, such as a guest star appearance from Matt Ryan’s Constantine. But most would struggle to argue any others. As previously noted, the show is taking strides to return to its prime. One such effort will result in magic being completely absent from Season 5.

In an interview with IGN, showrunner Wendy Mericle explained:

“The show was always meant to be a gritty crime drama at its heart. And then Flash came along, and oh my gosh, we have meta powers. And then Damien was, well, we haven’t done magic on the show, let’s try to do that,” she said. “I think for Season 5, just because it is an answer to Season 1, and we are sort of closing this chapter out, we did want to go back to our roots and figure out what is specific to this show. What is our universe? Go back to, ‘What is Arrow?'”

The goal is to have the other shows do their own thing in the Arrowverse, while Arrow focuses on reverting back to Arrow. Behind the reversion will be Season 5’s big bad Prometheus, who’s set to debut in the premiere. According to Mericle, he’s a “very grounded” character.

“[He’s] not going to have magic, no powers,” Mericle continued. “He has a very personal grudge and axe to grind with Oliver and he’s going to come at him in a really interesting, sociopathic kind of way.”

But don’t think they’ve forgotten about Flashpoint. While, Arrow is set to return to basics, Barry Allen’s decision will still alter the goings-ons of Star City in some manner.

“Flashpoint provides an interesting jumping off point for all the shows this year, in that we have this reset button available to us if we want it,” Mericle said. “We’ve landed on a few things, but the door is open. That’s the fun part. You can play with it in whatever way, shape, or form you want to. I think it will be small in some ways, and big in others.”

Of course, this brings us to the 4-night crossover event. Mericle has said the creative team is still working on the finer details. However, she did air her excitement over having Oliver meet Kara aka Supergirl, saying the Girl of Steel will bring “a different perspective to our show.”

Mericle also touched on Arrow not crossing over as much with the other shows, as their focus shifts.

“I do think that because it’s about Oliver this year, you’ll feel that more. That’s more of our focus, I think, than trying to figure out where they would be best served on the other shows.”

This continued talk of the show returning to form sounds very promising. We’ll know for sure how things have turned out when Season 5 begins airing on October 5.