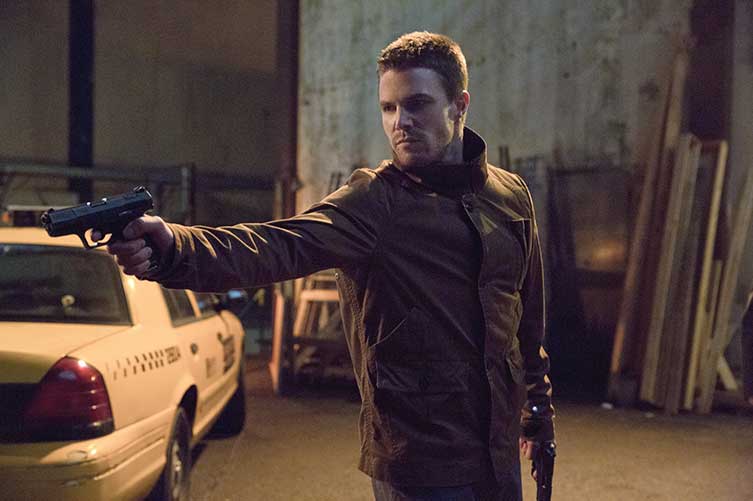 It’s no secret the last couple of Arrow seasons have lacked the grit and grounded nature of its first two outings. The cast and showrunners are privy to this as well, and are working to turn things around in Season 5. A part of that change will be made apparent in the flashbacks, where we’ll see Oliver’s initiation into the Russian mob, the Bratva. As such, fans should expect a different kind of intensity to build during the show’s final run of flashbacks.

Showrunner Wendy Mericle explained to TVLine: “We really wanted to go gritty, dark, and make it feel very real.” She continued, “we’re dealing with the Bratva, and the Bratva is, as we all know, a pretty interesting and messed-up institution. I might get shot for saying that, but hey!”

The Bratva is an infamous crime syndicate; perhaps the most powerful in the Russian mafia. According to Mericle, Arrow’s creative team has taken that to heart. “Everyone on staff watched [the 2007 film] Eastern Promises. I watched documentaries about Bratva and how they operate in Russian prisons.”

The group and its known inner dealings could certainly provide a fascinating story arc. In a report by Fortune in 2014, the Bratva was estimated to have a revenue of roughly $8.5 billion. These earnings are supposedly pooled through the resources of 10 “brigades” that run independently of one another. However, their cash flow is overseen by a council of 12 members. The 12 congregate regularly in different locations throughout the world, typically disguising their meetings as “festive occasions.” Perhaps some of this will be explored to an extent on Arrow.

Whatever form the mob takes, Oliver will have another foe on his hands — Ivan Drago himself, Dolph Lundgren. The actor is playing a character that has some connection to Taiana, Oliver’s island friend from Season 4. Mericle teased what fans can expect from Lundgren’s villainous introduction: “[Dolph’s character] is a government strongman. He is scary and formidable — and he had a role in some stuff with Taiana’s family last season. He’s a bit of a badass.” Of course, he is. From Lundgren, we expect nothing less.