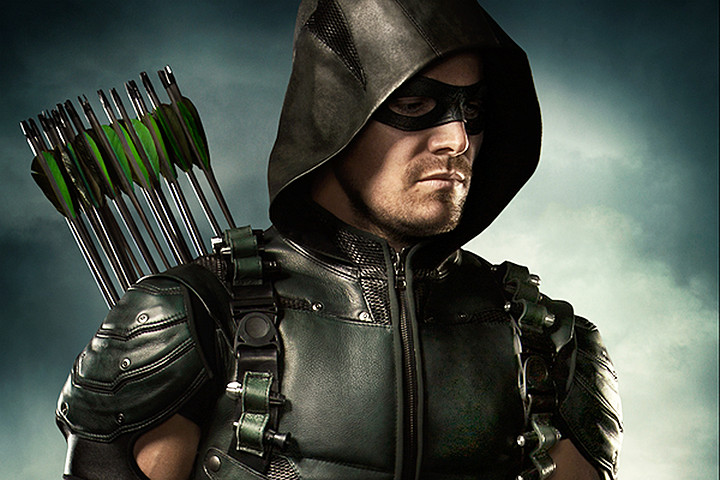 Filmmaker Kevin Smith recently directed an episode of The Flash, The Runaway Dinosaur, and he’s already talking about what he would like to tackle next in the Arrowverse. The director previously stated he’d love to write an episode of Arrow and fans are already on board with the idea, especially since the famed Bat-fan wrote an acclaimed run of Green Arrow comics several years ago. Since the cast and producers of The Flash were so pleased with Smith’s work, it’s safe to say his wish may come true. He’d probably want the endorsement of Oliver Queen himself, Stephen Amell, and, fortunately, the actor is just as in agreement as everyone else.

A fan on Amell’s Facebook page, posted the following:

“Soooooo, there’s this guy. His name is uhhhh Kevin I think. Yeah…yeah. Kevin Smith. You might have heard of him. He wrote some Green Arrow comics back in the day. Created Mia Dearden (kinda like Arrow’s Thea Dearden Queen)….and this interesting villain named Onomatopoeia. But yeah, that Kevin Smith guy. Just directed a Flash episode. He’s a good guy. You should work with him. You and him could create some beautiful Arrow moments. Greg (Berlanti) and Andrew (Kriesberg) like Kevin. You would too. I’m done talking now. Just thought I’d throw it out there. Goatee looks good buddy. Have a good weekend Mr. Amell.”

And Stephen responded with:

Kevin Smith caught wind of the comment and the actor’s response. In a Twitter post, he went more into depth on what his plans would involve. Spoiler alert, it really is an awesome idea.

I wanna do 2 very SEVEN-ish @CW_Arrow ep’s w/ #Onomatopoeia! I’d love to get my words in your mouth, @StephenAmell! https://t.co/kOZtOYItbd

As mentioned elsewhere, Green Arrow admittedly has a remarkably lacking gallery of rogues. Not only are they minimal in number, many are equally minimal in the interest they draw, but Onomatopoeia is among one of the few standouts. He’s a Kevin Smith-created character from the Quiver arc, that, you guessed it, only speaks in onomatopoeias. It sounds corny; it isn’t. A serial killer and formidable foe, with an unknown name and origin, the villain specifically targets vigilantes like our very own Oliver Queen. 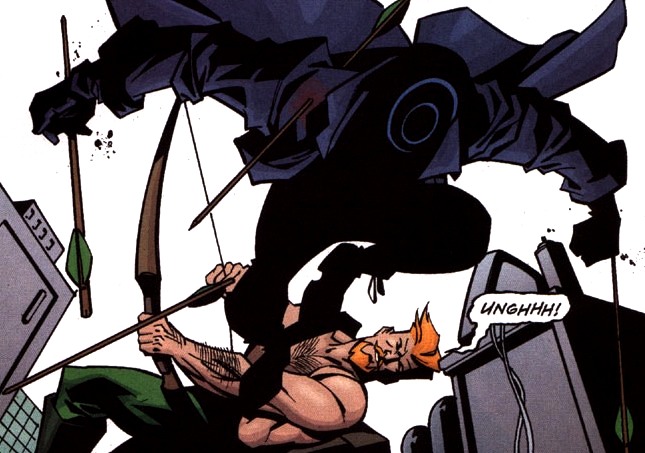 Arrow follows the typical “villain-of-the-week” format for shows of its kind, where there’s an over-arching foe for the season and one off villains that crop up every now and again. These adversaries are conveniently dealt with in their one episode, then usually forgotten about. This style of writing may prove difficult for what Smith has in mind with a two-part story arc, but it would be fascinating to see how well it could be put into practice.

If the filmmaker does get his wish granted, we may be waiting a while to see it played out on screen. Thankfully, we already have plenty to look forward to with Season 4’s finale airing May 24, and Stephen Amell teasing he’ll soon sport the Green Arrow’s iconic goatee.