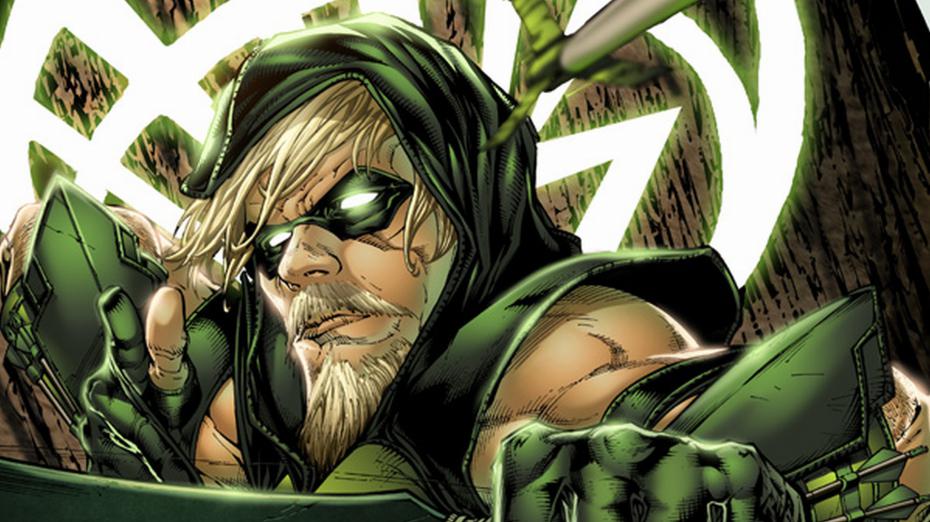 For years when he’s been asked at conventions or during interviews if he’d ever sport the Emerald Archer’s iconic blond goatee, the Arrow actor has emphasized “no” so seriously that fans begrudgingly believe it. He even went so far as to once say that if the series lasted 14 years, fans shouldn’t expect to see the goatee. Well, the joke seems to be on him now. Check out the actor’s recent Facebook post below.

The beard is moving along quite nicely, but what’s even more interesting are the captions Amell has going along with the image — quotes of his own words, which further tease the coming of the goatee. It was bound to happen. Before Season 4 kicked off, he and the producers promised the character would be a bit on the lighter side. While that doesn’t seem to have been the through-line for the entire season, with the repeated focus on Oliver’s darkness, he did officially adopt the Green Arrow moniker and it’s stuck.

On an episode earlier this year of Legends of Tomorrow, Star City 2046, the team aboard The Waverider met an old and retired Oliver Queen, who sported a longer, graying beard. Despite that particular timeline no longer existing, perhaps the beard was a remnant of what we can expect to see once the present day Green Arrow grows out his facial hair and fashions himself a new look.

Season 4 recently wrapped shooting, so it’s likely something we won’t see anytime soon. But Season 5 and what it will entail is still a mystery. We do know the show is in the process of casting a threatening and charming new foe for Oliver and Team Arrow. Is it possible this new foe is so charming, he inspires our hero to make a few minor, but awesome, changes? Tell us your thoughts and theories in the comments below.