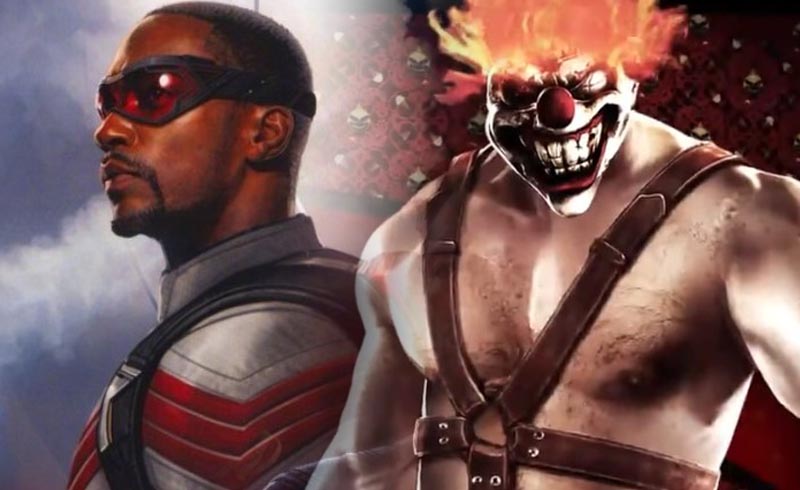 It’s going to be a while before we get our first look at Anya Taylor-Joy in Furiosa, but Sony is planning to bring us to another fuel-pumped wasteland with a live-action adaptation of the Twisted Metal game series. What’s more, they’ve found someone to be the lead.

As per Variety Anthony Mackie (The Falcon and The Winter Soldier) has been cast as the lead of Twisted Metal and will be working on a treatment from Zombieland and Deadpool writers Rhett Reese and Paul Wernick.

The show is about motor-mouthed outsider John Doe (Mackie) who is offered a chance at a better life, but only if he can successfully deliver a mysterious package across a post-apocalyptic wasteland. With the help of a trigger-happy car thief, he’ll face savage marauders driving vehicles of destruction and other dangers of the open road, including a deranged clown named who drives an all too familiar ice cream truck, whom fans of the game will know as Sweet Tooth.

The show is being described as an action comedy, and if you’ve watched TFATWS, you’ll know Mackie is able to pull off a comedic performance as well as an earnest, sincere one. With a Captain America 4 already in development, Twisted Metal should be a great, gritty project for Mackie before he has to have a more wholesome public image for Marvel.

I’m personally excited as Reese and Wernick have an affinity for dark comedy, and this could be the spice that the franchise needs to set it apart from Mad Max.

As of now, no release date has been set for Sony’s Twisted Metal.