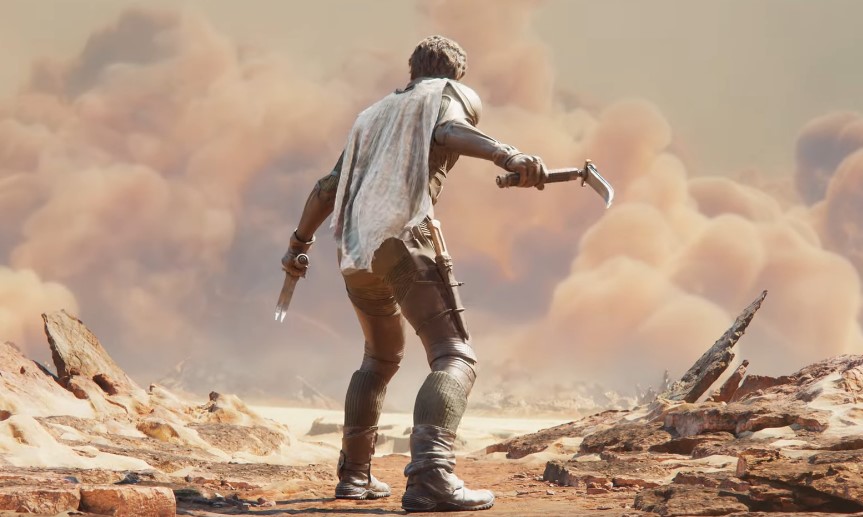 After the success of the Dune film, you can bet that there are plans for several spinoffs set in the planet of Arrakis. Nowwe have the announcement for a new-gen survival MMO called Dune Awakening.

Rise from survival to dominance in Dune: Awakening, an Open World Survival MMO set on a vast and seamless Arrakis shared by thousands of players.

We don’t have any more detailed looks at the game, but based on the description, we can expect Arrakis to be a virtual sandbox that will have players summoning sand worms or harvesting spice.

With every huge online game, I’m guessing that Awakening will allow you to choose your allegiance, whether it be with the local Fremen or the spice-hungry Harkonnens. Of course, we shouldn’t forget the main House of Atreides, which could bring together the technological might of the Harkonnens as well as the ‘Desert Power’ of the Fremen.

With all this new interest in Frank Herbert’s sci-fi classic, Funcom should do well to ride the hype of the Dune train. Hopefully this game will be up and running by the time Dune: Part Two comes out, but we’ll just have to wait and see what happens throughout the course of the year.

Dune Awakening is set to release for Xbox Series X|S, PlayStation 5, and PC  but is yet to have a launch date.