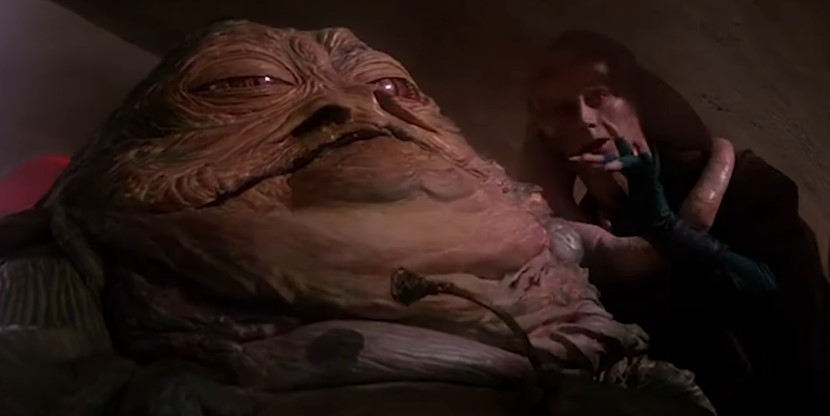 Star Wars and Game of Thrones are very different IPs, but the two do share this odd connection in that they both like to share actors from Daenerys Targaryen in Solo: A Star Wars Story to Oberyn Martell playing the Mandalorian.

What’s neat is, the pilot for House of the Dragon actually featured an actor from the original trilogy, way back from Return of the Jedi. @TalkingBay94 points out:

It’s funny that Carter should find himself on a throne, seeing that his character Bib Fortuna was usually just beside one, being the majordomo of one Jabba the Hutt. Though we did get to see Bib in a throne in the post-credits for Mandalorian 2, Carter didn’t reprise the role that time.

While we do see a lot of GOT actors showing up in the new Star Wars, I think it’s worth noting that one other actor in the original trilogy did show up in Thrones as Grand Maester Pycelle. Julian Glover, who plays the old schemer, actually played the part of the Imperial general on Hoth who lead the walker assault.

So far, Thrones fans are loving HOTD, what with the complicated dynamic within the Targaryen family as well as the promise of more dragons. While GOT did end up disappointing a lot of fans, HOTD is expected to deliver a completed story, seeing that it’s based on completed source material as well.

Catch new episodes of House of the Dragon Sundays on HBO Max.