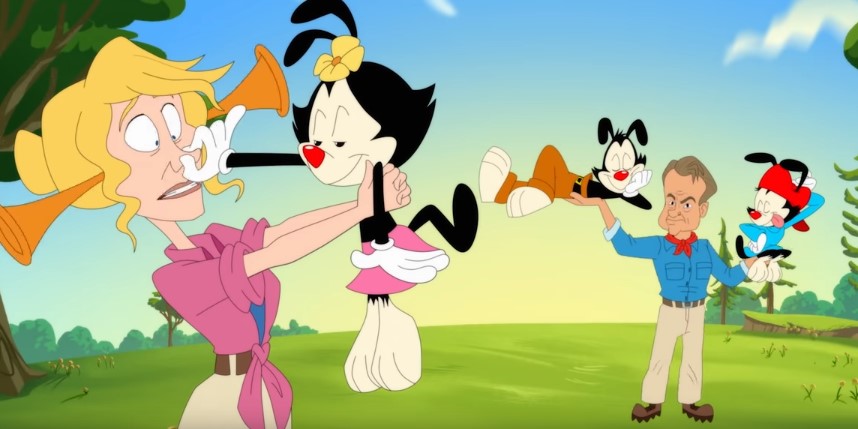 Probably one of the biggest cartoons of the 90s was Animaniacs, and the show had a great run from 1993–1998. With all the reboots going around, Hulu has decided to officially announce their reboot of Animaniacs along with Steven Spielberg.

Check out the return of Yakko, Wakko, and Dot:

While at some point I thought they just decided to remaster the original episodes, it looks like we’re going to get a whole new season of Animaniacs. With the show usually being more topical with its content, it would be interesting to see how they manage to modernize the series’ sense of humor.

Besides the returning trio of Animaniacs, it’s also teased that we’ll be seeing more of Pinky and the Brain. We don’t actually see them in this clip, but I guess we’ll get a look-see when we get an official trailer for the show.

While we don’t have a good look at the whole series yet, it looks like WB Animation is very confident with this revival. Besides having Steven Spielberg attached as an executive producer, Animaniacs had actually been greenlit for two seasons on Hulu. The first season is expected to come this Novemner, and the second seasons is expected to premiere in 2021.

Personally, I thought this was going to be an HBO Max project (Spielberg even says ‘Max’), but I guess we’ll just see how it fares on Hulu.

The reboot of Animaniacs is set to premiere its first season on Hulu on Nov. 20 and will run for 13 episodes.