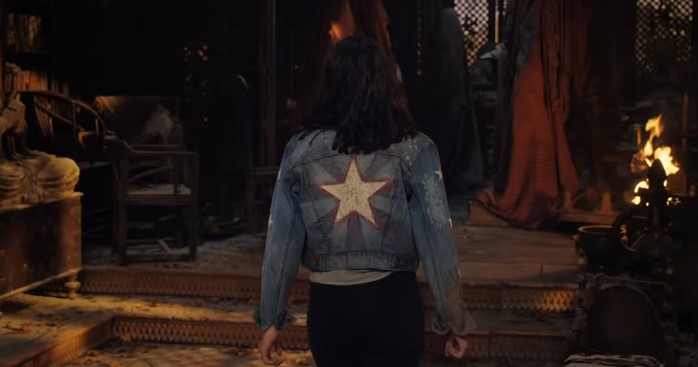 Marvel Studios is prepping the MCU for a new generation of Avengers and Doctor Strange in the Multiverse of Madness is going to be introducing one America Chavez to the fray. What’s interesting is, America was planned to make her debut in Spider-Man: No Way Home at some point.

Some concept art has been revealed of America being at the center of a magic situation surrounded by Peter Parker and his friends. Check this out:

New concept art for #SpiderManNoWayHome reveal America Chavez was supposed to be in the film pic.twitter.com/P1irfasgqg

In the comics, America takes on the alter ego Miss America, and she has the usual bag of superhuman strength, durability, and flight. She also has the power to kick open star-shaped holes in reality—which is probably the reason why she ends up tangling with Doctor Strange.

I’m guessing that originally, it’s America’s powers that introduce us to the alternate Spider-Men in No Way Home. While it would have been cool to see her take on that role, I guess they wanted to give Ned more things to do, seeing as he has the more emotional connection with Peter.

So far, previews for Doctor Strange 2 have been sparse, and we only get glimpses of Xochitl Gomez in character. With the film set to release in May, we should get a full trailer in the next few months—maybe sometime around March.

Catch America in Doctor Strange in the Multiverse of Madness which hits theaters on May 6, 2022. Spider-Man: No Way Home is now available in theaters.