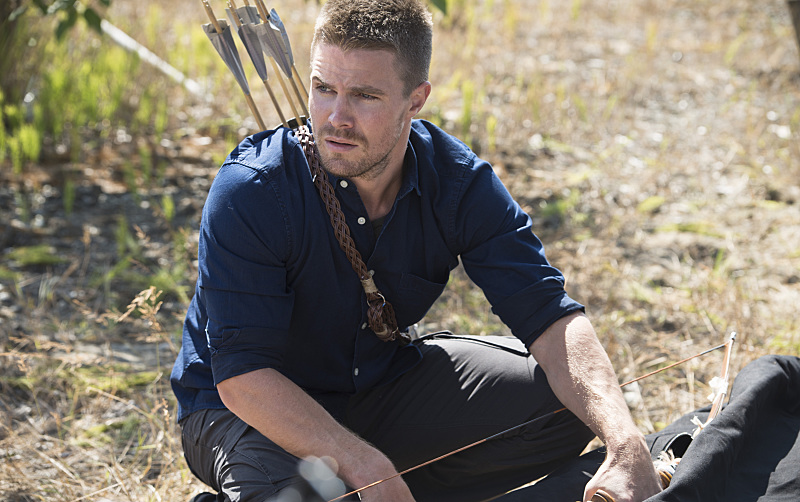 The CW upfronts took place this past week and fans have been hit with a wave of exciting news about the future of DC TV and the ever growing Arrowverse. Supergirl will join The CW shows and a four-way crossover between her show, Arrow, The Flash, and Legends of Tomorrow is planned for later this year.

While all of that news is immensely exciting, we still have to finish off Season 4 and Season 2 of Arrow and The Flash, respectively. However, with one episode left for each, audiences are already waiting in anticipation for news about where the series are headed when they return in the fall. Stephen Amell has already said he thinks Arrow is best when it’s grounded and superpowerless, but now we know that statement may have been a tease at what’s to come in regards to the show’s next big bad.

“I’ve heard that our big bad, our villain, is something that you can really only do once you’re in the fifth, sixth or seventh season of a TV show.” he told Variety during an interview.

When asked if he was aware of anymore details about the villain, he offered a tease of “I do,” but wouldn’t divulge anything else. However, Amell did add this interesting hint: “As far as I know, they don’t have superpowers. I’ll tell you that.”

He also spoke on the advent of Supergirl to the network and noted that it will be different in comparison to The Flash and Legends introductions.

“Supergirl is coming, but we don’t have to introduce a new show next year. In Season 2, it was the introduction of The Flash and crossovers there, and last year there was a lot with Legends of Tomorrow, and we don’t have to do that this year because Supergirl is already established,” Amell said. “So I would like to focus on a lot of the stuff that I think Arrow does very well.”

His last statement harkens back to the thought that the show is strongest when it leaves superpowers and the supernatural to the other series. Which also returns us to the discussion of the new villain, who could be nearly anyone. The last two seasons have focused on big bads with powers, so it’s great to hear this new character will return the show to its roots.

If there’s one thing the Arrowverse writers and producers are good at, it’s stringing the audience along for an unexpected ride that can take the narrative and our heroes in a variety of directions. Here’s to hoping that will continue into Arrow’s fifth season.