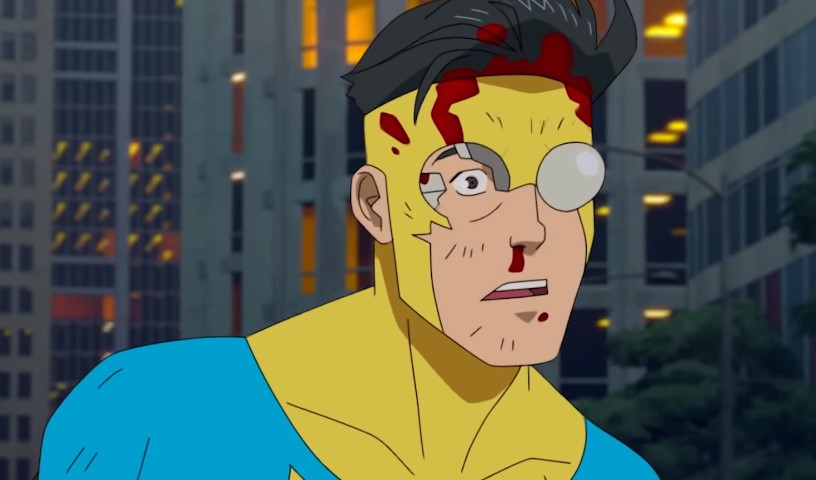 It may be a while before The Boys comes back to Amazon Prime Video, but the streaming service has gotten a hold of another superhero IP in the form of Robert Kirkman’s (The Walking Dead) Invincible. The series is set to make its debut in March, and we have an all-new trailer for another R-Rated superhero show.

INVINCIBLE is an Amazon Original series based on the groundbreaking comic book from Robert Kirkman, the creator of The Walking Dead. The story revolves around 17-year-old Mark Grayson (Steven Yeun), who’s just like every other guy his age — except his father is the most powerful superhero on the planet, Omni-Man (J.K. Simmons)

It’s worth noting that the series will have hour-long episodes, kind of unusual for the animated format which usually only delivers half-hour episodes. The show has also been able to gather quite the impressive cast with the likes of Sandra Oh, Seth Rogen, Zachary Quinto, Zazie Beetz, Gillian Jacobs, and Mark Hamill.

Amazon also looks to be keeping its weekly release model, but the premiere will have a drop of the first three episodes; hopefully that will be enough to get viewers hooked on the story of Invincible all the way until the end of the first season. I mean, weekly releases are fine, but you have to keep the story continuously engaging—unlike WandaVision which seems to keep cutting to credits the moment things start getting interesting. Let’s see what Amazon does with the show.

For now, you can catch Invincible on Amazon Prime Video when it premieres on March 26.