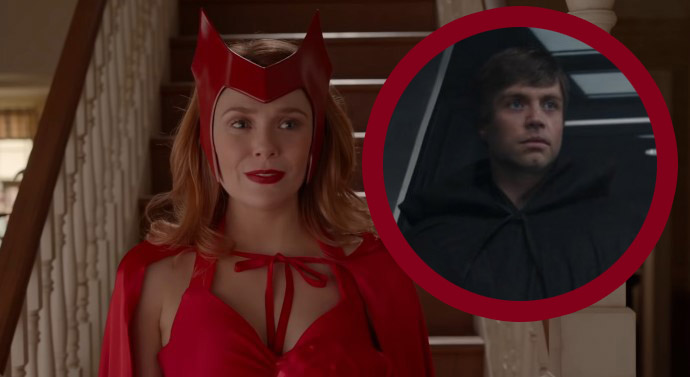 The Mandalorian was able to pull off one of the biggest cameos in TV history when they brought back a young Luke Skywalker for the Season 2 finale, and now the stakes are raised for any other upcoming Disney+ show. What’s interesting is, we could have something like that cameo happen in WandaVision.

Talking to TV Line, star Elizabeth Olsen was asked if the series would have any “Luke Skywalker”-level cameos, to which she replies with a quick, “Yes.” She then added, “I’m really excited” for audiences to find out who or what the cameo is going to be. Show creator Jac Schaeffer also added, “… There are so many surprises left in store.”

Naturally, a lot of people would want to see the return of Aaron Taylor-Johnson’s Quicksilver who Wanda hadn’t referenced since Avengers: Age of Ultron. Admittedly, that cameo really isn’t ‘Luke Skywalker’-level, so fans are posting around online, wondering who could make an appearance. While it would be interesting to see a return of Ultron or HYDRA’s Baron Strucker, it would be fascinating to meet an entirely new character like the MCU’s new Erik Lehnsherr a.k.a. Wanda’s father a.k.a. Magneto.

As of now, WandaVision is looking at 5 more episodes. With the last episode basically telling us what’s actually happening with Wanda, it would be interesting to see just how this new reality is going to unravel. While some are convinced we’re going to have a big bad villain reveal themselves in the show, I kind of like the idea that this whole dream reality is a result of Wanda just coping with her own feelings of loss; it’s just a theory.

For now, you can catch WandaVision streaming on Disney+.