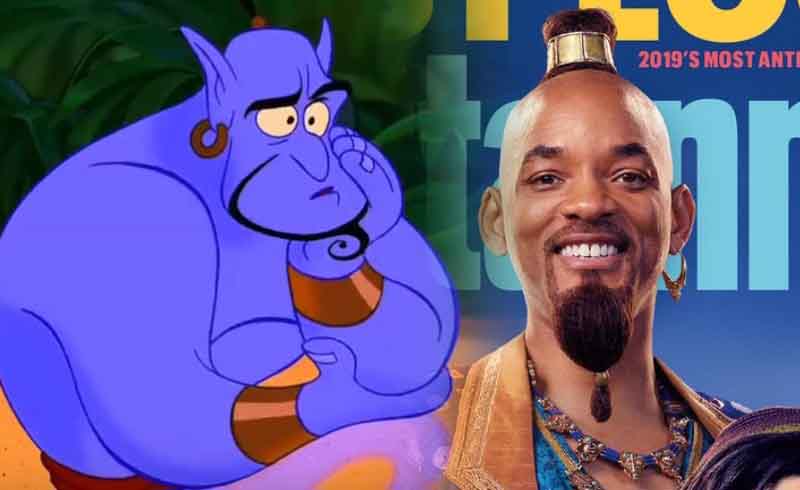 Probably one of the biggest complaints heard after Disney’s live-action Aladdin reveal was that Will Smith’s Genie wasn’t blue like in the original cartoon. Smith himself has said that he’ll be blue in the film, and thanks to The DisInsider, we may have an idea on what that would look like in the movie.

For those who want to see what Will Smith will look like in full genie form! #Aladdin 🧞‍♂️ pic.twitter.com/C22zNCX7Gp

Admittedly, I need some time to get used to the Genie having Will Smith’s face, but this look should be accurate enough for the complainers. He has the same ponytail, goatee, and bracelets. The only difference is that he comes with an elaborate golden necklace.

Now the original cartoon had banked on Williams’ playing the role of the Genie, but hopefully director Guy Ritchie has found a different kind of appeal when it comes to the live-action version of the character. Smith is very charismatic on his own, but he does have some big shoes to fill when it comes to taking over a role that was so memorably played by Williams.

Either way, it helps being positive when you walk in the theater. How bad could it really be?

Aladdin is set to come out May 24.