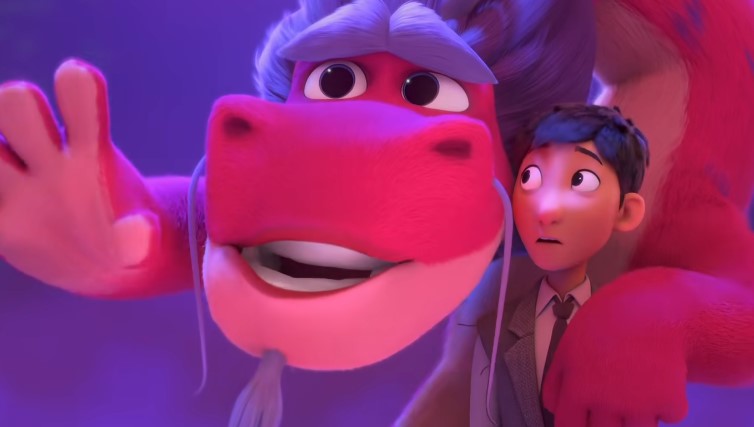 Though Disney may be the biggest name in animated films right now, that hasn’t stopped Netflix from trying to pump out its own animated films. After Klaus and Over the Moon, Netflix has dropped the first trailer for their Asian-centric animated film, Wish Dragon.

Determined teen Din (Jimmy Wong) is longing to reconnect with his childhood best friend (Natasha Liu Bordizzo) when he meets a wish-granting dragon (John Cho) that leads him on an adventure a thousand years in the making.

On the surface, you can already see a lot of similarities with Disney’s animated Aladdin. Besides a magical creature from the lamp that grants three wishes, the ‘genie’ seems to have the same limitations like the ability not to make people fall in love.

I guess one difference here is that the protagonist Din has a past with his significant other Li Na, unlike Aladdin who was just smitten by Jasmine–who he had no history with.

And what’s also interesting is that the two friends Din and Li Na aren’t separated by royalty, but rather class—which is a more modern take on the classic romance. We don’t know how else the movie plans to explore the concept, but it already feels a lot like Crazy Rich Asians.

I’ll admit, the movie looks very derivative, but with Aron Warner (Shrek) onboard as producer, we should expect something heartfelt or funny from Wish Dragon. I guess it’s also worth noting that Jackie Chan is a producer for the movie, and he’ll be providing the voice of the Dragon for the Chinese dub.

Catch Wish Dragon when it debuts on Netflix on June 11.