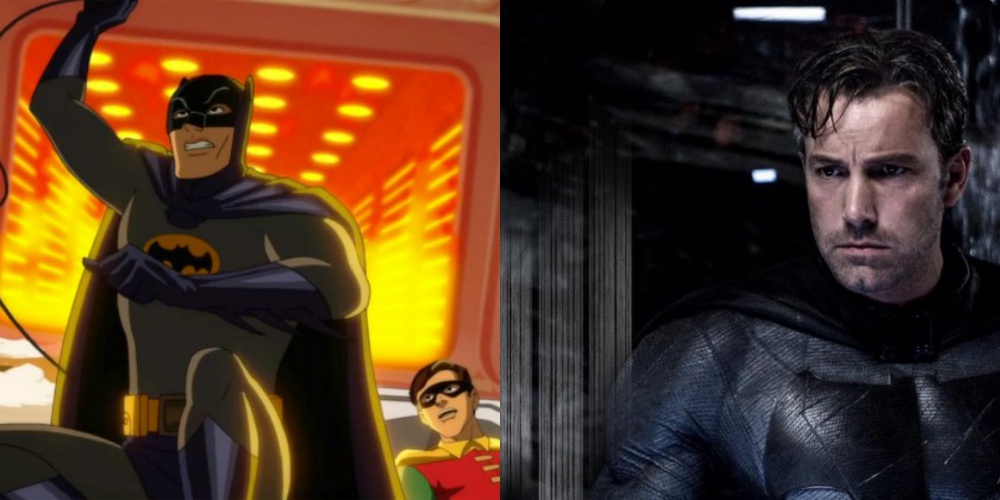 Ahead of Batman: Return of the Caped Crusaders’ impending success, Adam West is talking Batman again. In animated form, the actor returned to the iconic role once more, alongside Burt Ward’s Robin and Julie Newmar’s Catwoman. In an interview with Comicbook.com, West was asked if he’d consider returning to the role in live-action. His answer? “Never, never, never, never.” A not so surprising response. However, his thoughts did alter a bit when questioned on whether or not he would be interested in a cameo. Adam West particularly wants a small role in Ben Affleck’s Batman solo, and has already ironed out how it could work.

“You know what I’d love to do? Those guys are all wonderful talents in their own ways, and they approach the role differently, but if I could approach it in a darker way, of course, in a more serious way, however, it would be wonderful to play Bruce Wayne’s father coming back. You know he was murdered, but coming back one dark and stormy lightning-riven night through a library window. Bruce Wayne is there thinking, ‘I’ll never solve this. This is the most difficult thing in my life.’ In comes old dad, like a bat, almost.”

It’s a fascinating idea and it would be pretty awesome. However, the role of DCEU’s Thomas Wayne already belongs to Jeffrey Dean Morgan. And Morgan has voiced his interest in returning, should he be given the opportunity, to play Flashpoint Batman.

That said, who doesn’t want Adam West in another live-action Batman project? What are the odds he’d ever play the Gray Ghost on the big screen? The Gray Ghost was a Batman: The Animated Series character, that allowed West to return to his role in an amazingly meta sort of manner. In BTAS, he was a hero from the 1960s, in a TV series that Bruce Wayne and his father watched together. It could work in live-action, surely. Tell us your thoughts on how you’d like to see West return to the franchise.

Batman: Return of the Caped Crusaders is available on Blu-Ray and DVD starting November 1.