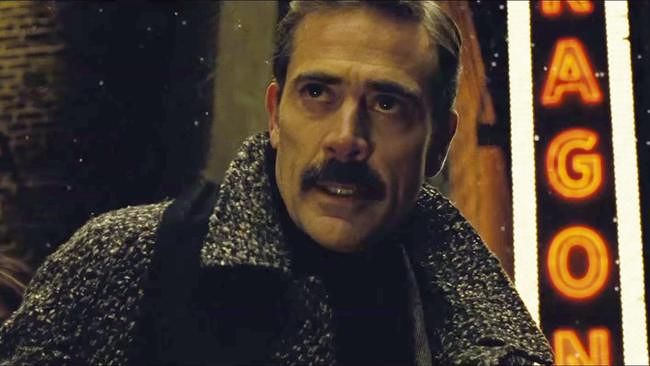 One of the finer Justice League storylines involving Batman is in Flashpoint where Barry Allen’s alteration of time shakes up the DC Universe. This alternate timeline sees Thomas Wayne witness the death of his son Bruce and eventually become a murderous Batman, while his wife Martha essentially becomes a Joker-like character. The fantastic arc was adapted into a brilliant animated film, but fans want to see the tale told in live-action. The Flash is already confirmed to be exploring the story in some form during Season 3, but there were a few elements in Batman v Superman that has led many to believe it could work on the big screen in the DCEU. The actor who portrayed Thomas Wayne in the film, Jeffrey Dean Morgan, is aware of this and hopes to take on the role, if the films ever go in that direction.

At a recent fan event, the actor was asked if he would consider playing the Flashpoint version of Batman, and his response was a passionate one. A fan, TheTreyinator on Twitter, recorded the question and Jeffrey Dean Morgan’s reply. It’s broken into three parts in the clips below.

Jeffrey Dean Morgan on if he would like to play Flashpoint Paradox Batman Pt. 1 pic.twitter.com/nv6QVnpTi2

It’s unlikely that it will happen, Flashpoint isn’t just something that should be played out for half an hour in a three hour movie, but if Warner Bros. was to go that route, few would be displeased. How could it possibly work and make sense to a movie-going audience? We’ll let the professionals figure that one out; in the meantime, let us know your thoughts and theories in the comments below.