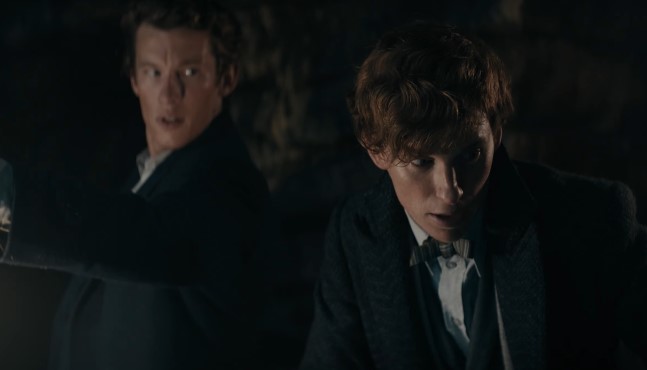 The Crimes of Grindelwald may not have been a critical hit, but WB is going all in with the next Fantastic Beasts entry, The Secrets of Dumbledore. The film is set to come out in April, and we have a new trailer that teases the upcoming war between Grindelwald and the would-be Hogwarts headmaster.

Check out the Fantastic Beasts trailer down here:

Professor Albus Dumbledore (Jude Law) knows the powerful Dark wizard Gellert Grindelwald (Mads Mikkelsen) is moving to seize control of the wizarding world. Unable to stop him alone, he entrusts Magizoologist Newt Scamander (Eddie Redmayne) to lead an intrepid team of wizards, witches and one brave Muggle baker on a dangerous mission, where they encounter old and new beasts and clash with Grindelwald’s growing legion of followers. But with the stakes so high, how long can Dumbledore remain on the sidelines?

With Newt Scamander (Eddie Redmayne) feeling like a side character in his own franchise, the trend seems to be continuing with this sequel. None of the marketing has even revealed Newt’s love interest from the first movie, Tina Goldstein (Katherine Waterston).

Though author J.K. Rowling wrote a series of mega hit books with Harry Potter, Crimes of Grindelwald has made it clear that writing for a book doesn’t translate to writing a screenplay. Hopefully Potter screenwriter Steve Kloves can show her a thing or two as he’s now attached to Secrets of Dumbledore.

Catch Fantastic Beasts: The Secrets of Dumbledore when it hits theaters on April 15.