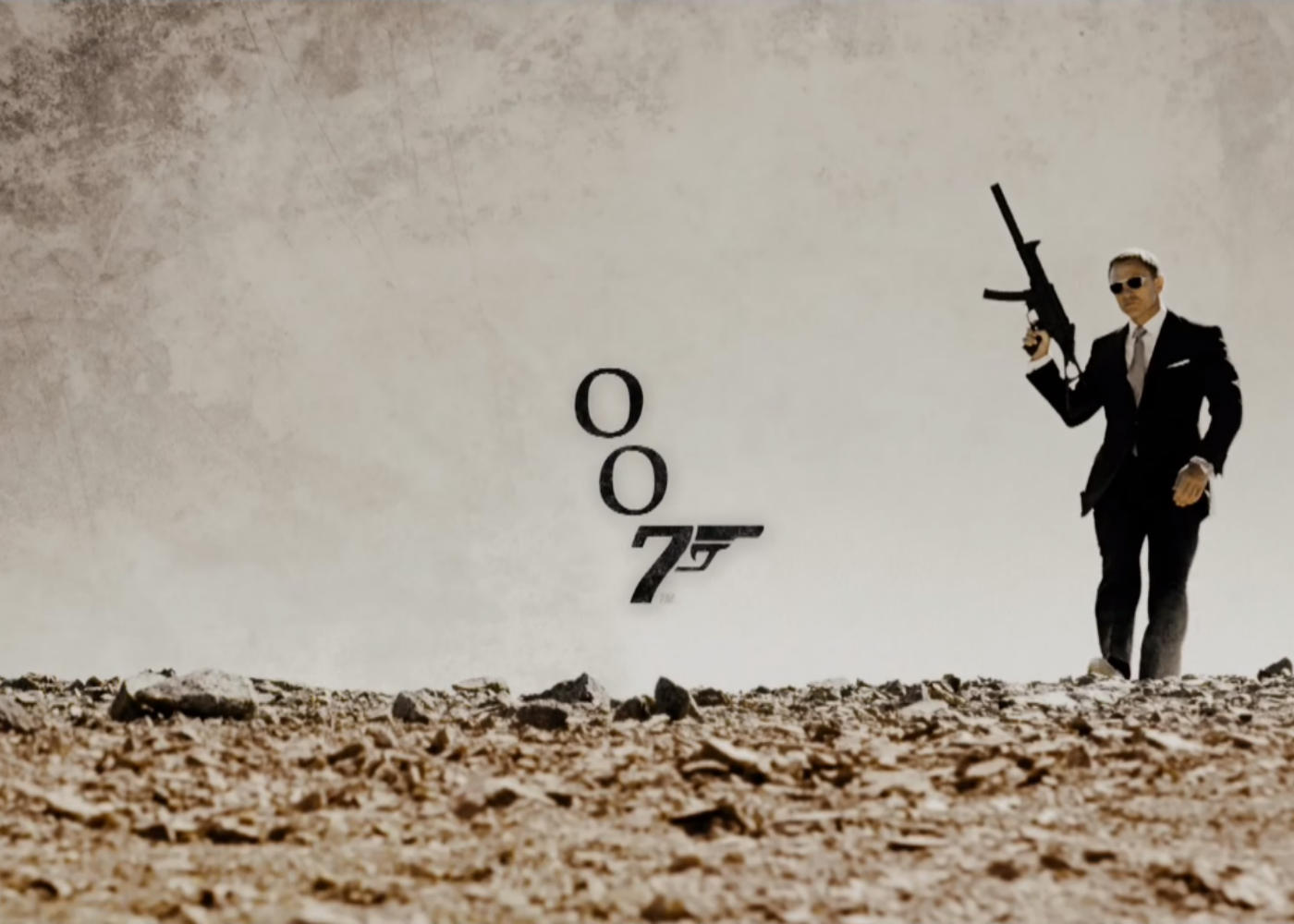 Over the past few weeks, we’ve been hearing official reports that the next James Bond movie (under the working title Bond 25) is slated for a November 8th 2019 release date. We currently have no director lined up, but Daniel Craig has been confirmed to return for one last time as the 00-Agent. However the last instalment Spectre, while making almost $900M worldwide left many Bond fans with a sour taste in their mouths so in order to course-correct the franchise and give Daniel Craig the send-off he deserves, here are five things we want from Bond 25.

While Daniel Craig’s tenure has given us a more in-depth look at the mindset of James Bond then we’ve ever had from previous iterations, by the end of Spectre it felt like a well that had completely dried up. We had Bond become a 00-Agent and falling in love in Casino Royale, a personal quest for revenge in Quantum of Solace, protecting his mother-figure and returning to his childhood home in Skyfall and facing his step-brother and falling in love again in Spectre. It’s time to get back to basics.

The plot doesn’t necessarily have to be basic, but the creative team behind these films seems to have forgotten that Bond does not need a personal motivation or an excuse to go chasing bad guys. He’s an MI6 Agent. It’s his actual job. He has a literal license to kill. Just open the movie with the climax of his last mission, roll the classy opening music video and give him another assignment from his boss that is the focus of the film. Let’s not over-think this. But what should James’ next mission be?

A lot has happened in Bond’s home-country since 2015. The United Kingdom has had a slowly collapsing Brexit referendum, resigning leaders, a left-wing resurgence, the backlash to austerity and a hung-parliament. Also, in America there’s been a hacked-election resulting in a pseudo-Bond Villain in the White House and even a shadowy Russian person who is really in charge. And that’s not me taking shots at American politics, Neal Purvis (the co-writer of all of Daniel Craig’s Bond movies) was interviewed in The Telegraph back in February and said he had no idea where to take the character now, stating;

Now, Bond 25 should not draw direct, exact parallels to the Trump/Hillary election, or use contemporary buzz-words like “Fake News” directly because, regardless of your stance on Trump, he probably won’t be in office come November 8th 2019 so that approach could immediately date the movie. But, we’re dealing with a divided Western-World that has developed a passionate distrust of government and mainstream media. So how can MI6, 00-Agents and other international powers protect a population that is openly distrustful of them and resent the people they work for and protect? Maybe that’s your thematic through-line of Bond 25.

But in order to expand on a concept like that, we need to get a closer look at MI6 and with that…

3 – Make it an Ensemble Piece 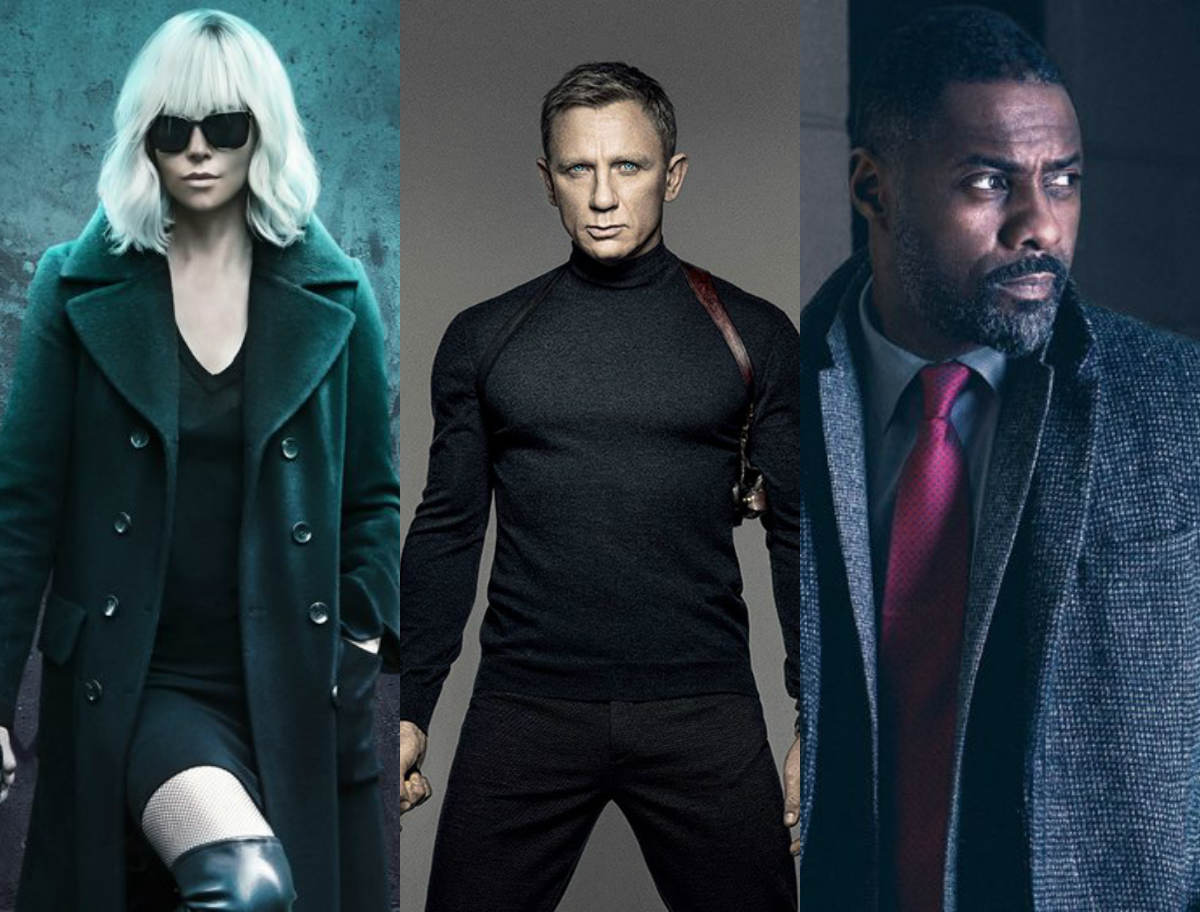 One criticism levelled at Spectre is that despite assembling one of the best supporting casts in Bond’s history (Ralph Fiennes, Ben Whishaw, Naomie Harris, Rory Kinnear etc.) it did almost nothing with them. Spectre mainly consisted of Bond in the field and not much time dedicated to its impeccable supporting cast. Let’s fix that and let’s take a look at the hierarchy of MI6. Let’s give Ralph Fiennes’ M something to do other than sit in a chair, get Whishaw out of his lab more akin to Simon Pegg’s role in the Mission: Impossible films. But let’s take this further;

If Bond is 007, then that implies that there are at least 6 other 00-Agents so maybe Bond doesn’t go out on his next mission alone (in fact, the Aston Martin DB10 that Bond steals in Spectre was originally assigned to an unseen 009). Hypothetically, we could have Idris Elba or Damien Lewis as 006, or Charlize Theron or Ruby Rose as 004. We don’t need extensive backstories, but it could add some much-needed variety to the proceedings. Maybe one is a weapons specialist, or the other has a prepencity for sniping or long-range kills.

You could also use these supporting 00-Agents to have your cake and eat it too, since so many “fans” are openly hostile to a black or female James Bond that we could still cast them original characters in this franchise and open the door to spin-offs or maybe taking up the mantle of 007. Skyfall established that “James Bond” is not a code-name, but the opening of Casino Royale demonstrated that the title of 00 still has to be earned. Maybe, if you want to get into the “Cinematic Universe” continuity game, perhaps Daniel Craig’s Bond could die at the end of Bond 25, and a hypothetical Idris Elba 006 Agent could be promoted to 007 and take his predecessors code-name, revealing that Craig’s Bond was the progenitor for every single Bond to have come after him with Sean Connery, Roger Moore and all the other Bond’s inheriting their code names originating with Craig’s interpretation.

It may seen like silly fan-fiction, but I can imagine audiences losing their collective minds if Bond 25 ended with Idris Elba, suited at a poker-table calling himself “Bond, James Bond” for the first time.

But what’s the point of introducing new Agents if they’re not going to get into scrapes?

4 – A new level of action set-pieces

As Honest Trailers pointed out, before Skyfall, director Sam Mendes’ most intense action sequence was in American Beauty where a plastic bag blew in the wind. However, Skyfall and Spectre are full of meticulously crafted, creatively-lit action scenes with an emphasis on a smooth-camera, silhouettes and methodical pacing. It’s worked well for two movies, but let’s mix it up for Bond 25.

Over the past few years, we’ve seen a new trend in action films, particularly low-to-mid-tiered budgeted films such as John Wick, Atomic Blonde, Kingsman: The Secret Service, The Raid, the Netflix Daredevil Series and more; one-take, fist-fights with an emphasis on stunt-work, making the camera a part of the fight choreography and making all fighters truly exert themselves. John Wick is a tense action film, because those fights are genuinely exhausting our hero and wearing him out and despite only costing $30M it has some fight scenes that beat the stuffing out of most blockbuster fare.

Higher budgets do not automatically make for better action films, but can you imagine what a $150-200M budgeted Bond movie could do with this model of set-piece? While Bond 25 likely can’t go R-Rated, there’s no reason why a Bond 25 can’t take all of these aforementioned films to school and give us something akin to the opening foot-chase of Casino Royale, but with less Jason Bourne and more John Wick…with added gadgets.

The big talking point of Daniel Craig’s next movie Logan Lucky where he plays an unhinged, flamboyant, incarcerated pyrotechnics specialist, is that Craig is an incredibly fun comedic presense. However, with the exception of one-or-two moments in his past four movies, Craig hasn’t been that fun of a James Bond. A lot of that has come with the tragic backstory angle as well as the personal-bent the films have given him, but as we mentioned with Point #1, it’s time to move on from that. Let’s please have a couple of jokes, maybe crack a smile and let’s embrace some of the more campy roots of the previous Bonds.

No, we don’t need a scene where a henchman inflates until he flies into the ceiling and explodes, a car doing a perfect mid-air spiral stunt to a whistle sound-effect, or sharks with laser-beams on their heads, but let’s embrace a type of hyper-reality that has made James Bond so enduring as a franchise. Laser-watches, concealed explosives, super-cars etc. Skyfall was a great blend of the new gritty-Bond and the old-school class, but now it’s time to see Craig’s Bond come into his own and start giving us a fun time at the movies.

But that’s what we want but until we hear news on a director or an actual plot synopsis we’re not sure what approach the studio will be taking. In fact, we still don’t know which studio will earn the rights to MGM and Eon’s one-picture contract. We’ll keep you updated on all Bond news, but in the meantime sneak into the comments section below and let us know what you all want from Bond 25!