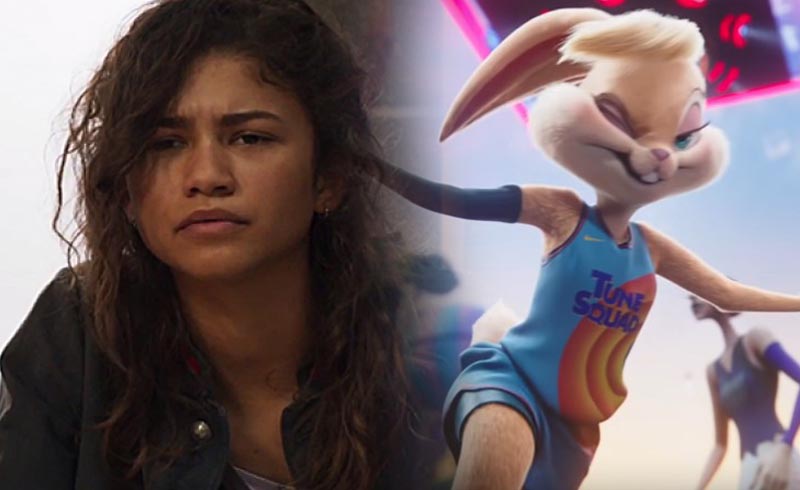 After nabbing the role of MJ in the new Spider-Man movies, Zendaya is now moving on to animation to play one of the Bugs Bunny’s girlfriend in the new Space Jam movie.

According to Entertainment Weekly, Zendaya has been cast as the voice of Lola Bunny in the upcoming Space Jam: A New Legacy. While we haven’t really heard Lola talk in the new trailer yet, director Malcolm D. Lee promises a more ‘fully realized’ version of the character compared to the 90s classic.

Lee said about the original Lola Bunny that, “Lola was not politically correct… This is a kids’ movie, why is she in a crop top? It just felt unnecessary, but at the same time there’s a long history of that in cartoons.”

When it came to this newly realized version of the character that Zendaya is set to voice, Lee says that they wanted to ‘reflect the authenticity of ‘strong, capable, female characters.’ He continues:

“We reworked a lot of things, not only her look, like making sure she had an appropriate length on her shorts and was feminine without being objectified, but gave her a real voice… For us, it was, let’s ground her athletic prowess, her leadership skills, and make her as full a character as the others.”

With the movie still set to come out in July, we’ll probably be getting a second trailer where we can finally meet more of the other Looney Tunes. Besides Zendaya, the film has also nabbed comedian Gabriel Iglesias to provide the voice of Speedy Gonzales. Other members of the Tune Squad will be voiced by veteran voice actors Eric Bauza and Jeff Bergman.

Catch Space Jam: A New Legacy when it comes out on theaters and on HBO Max on July 16.