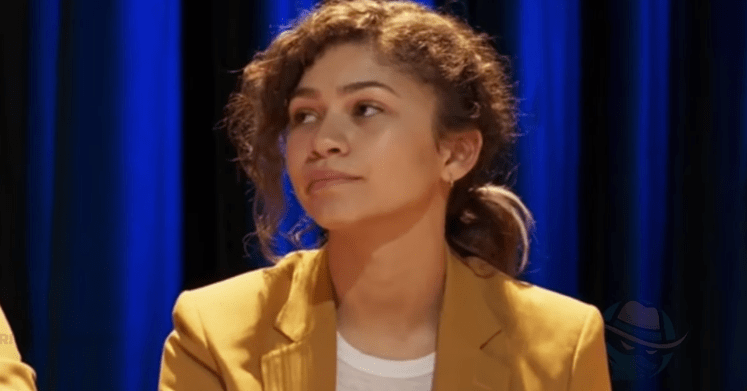 It has been almost two years since the development of a live-action Little Mermaid adaptation was announced. While the music and scoring for the film are well on their way, with Hamilton’s Lin-Manuel Miranda at the helms, the role of Little Mermaid aka Ariel has yet to be bestowed upon a lucky actress.

The rumor mill has been tireless in churning a few names that could nab the role. Arguably, one name is rising to the top – Spider-Man: Homecoming’s Zendaya. Disney has yet to comment on who they want their Ariel to be. However, the actress has already expressed her interest in portraying the Little Mermaid.

Zendaya recently sat down with Variety’s Marc Malkin in order to promote her newest project, Smallfoot. During the interview, the young actress was asked about the possibility of her playing Ariel. Zendaya confirms that she has yet to sign on to any project. However, she wouldn’t be opposed to the idea:

“I mean, yeah, why wouldn’t I?” revealed the actress.

She further explained that the movie stands for values that she also believes in. She wouldn’t be opposed to participating in a project that would leave at least one person inspired:

“Speaking your truth, following your heart…There’s a million. And that’s the idea, we all just want at least one young person to just leave and feel inspired and want to know a little about something else or someone else and just bridge those gaps.”

This is not the first time Zendaya spoke about the possibility of playing Ariel in the live-action adaptation of The Little Mermaid. In an interview with People, she admits that the news is nothing more than speculation. But, The Little Mermaid, has always had a soft spot in her heart. Playing Ariel would be an honor:

“I loved The Little Mermaid. It is honestly one of my favorite movies of all time. I was obsessed with it when I was a little kid. It’s just a rumor so we will see. I am an actor, I just like good roles. Things I can soak into and really sink my teeth into. I always try to find characters that I can find some human connection to.”

Aside from Zendaya, fans are pushing for another controversial celebrity to take on a roll in the upcoming The Little Mermaid adaptation. Fans of Joshua Eads aka Ginger Minj are lobbying for the drag queen to play Ariel’s nemesis, Ursula. They feel very strongly about their pick that they have already started an online petition in order to make it happen:

“Minj also has the classic belting voice and theatrical flair required for the role. Not only has she wowed crowds with her take on “Poor Unfortunate Souls” at shows, but her commanding rendition of the La Cage Aux Folles anthem “I Am Who I Am” at the VH1’s Trailblazer Honors in 2016 practically serves as an audition for the role” read a part of the petition.

As of the moment, no official release date for The Little Mermaid has been announced.