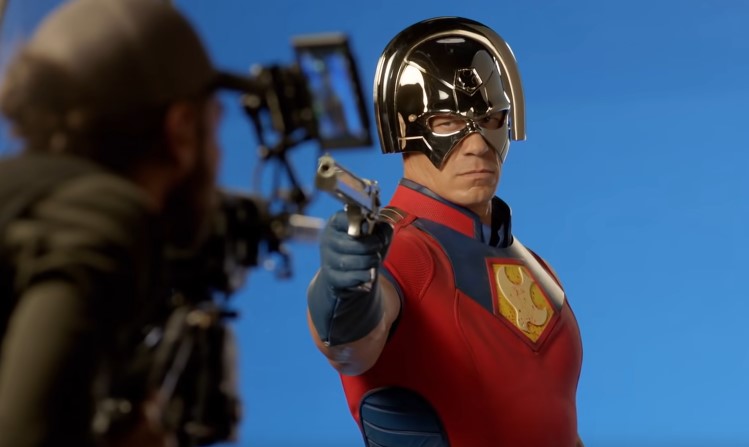 One of the most anticipated characters for James Gunn’s The Suicide Squad is John Cena’s Peacemaker, who has been described as a “douche-y Captain America” who is dedicated to achieving “Peace at any cost”. While we haven’t met the character yet, Gunn has announced that he’s developing a spinoff series for Peacemaker on HBO Max.

I'm over-the-moon excited to be working on #PEACEMAKER with my pals @JohnCena & #TheSuicideSquad producer Peter Safran on this new @hbomax original series from @warnerbrostv @DCComics pic.twitter.com/EsAkOVXB44

We don’t really have much details on the show yet, but I guess this confirms that Peacemaker is going to make it out of The Suicide Squad alive. Then again, it’s very possible that this could be some kind of prequel, and we get to watch how Christopher Smith becomes unhealthily obsessed with Peace.

I have to say, we haven’t even met the character, but I’m already excited for what he does in the film. Surely Gunn must have loved Cena’s take that he’s willing to develop a series for it. I mean, shouldn’t he be working on Guardians of the Galaxy Vol. 3?

What’s also an interesting takeaway from this is that the DCEU is willing to expand with miniseries just like Marvel is planning to do with Disney+.  It could be Peacemaker today, but it’s very possible that we could get a Ben Affleck Batman series down the line. How about a miniseries featuring Jared Leto’s Joker taking on the Dark Knight?

We don’t have a release window for Peacemaker yet, but The Suicide Squad is slated to hit theaters on Aug. 6, 2021.