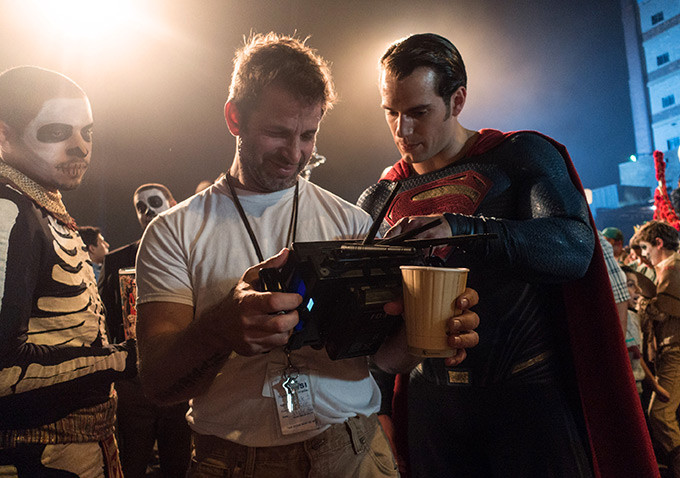 It had been a matter of argument before whether Superman would be wearing the black suit in Justice League, and rumors were put to rest when a deleted scene featured Kal El looking at a black suit in the Kryptonian ship, but didn’t put it on. What’s interesting is, Zack Snyder has pretty much confirmed Cavill did in fact wear the black suit in the film.

He posted up the image on Vero, which was shared all over Twitter:

Zack Snyder just revealed our first look at Henry Cavill in his black suit Superman suit from his cut of JUSTICE LEAGUE!#ReleaseTheSnyderCut pic.twitter.com/yFaRgMRJsP

As Snyder reveals, Superman indeed is presented with the suit, but instead of walking away, he puts it on. We don’t know if this would have been his suit in the final battle with Steppenwolf, but I have a feeling it would have looked better if he was in the classic red and blue garb.

Though we keep getting news that WB isn’t interested in distributing the Snyder Cut of Justice League, Snyder’s recent behavior online has lead fans to believe that he knows something the reports don’t. I mean, why else would he be sharing even more images now compared to before? If this isn’t building up to anything, I’d think fans would feel pretty betrayed.

While no one is expecting a theatrical release of the Snyder Cut, a lot of fans are hoping that it gets released on HBO Max. For now it seems like a great hook to get subscribers, and it probably won’t cost as much to distribute when it’s just put up on the platform.

Here’s the synopsis for Justice League:

Fuelled by his restored faith in humanity, and inspired by Superman’s selfless act, Bruce Wayne enlists newfound ally Diana Prince to face an even greater threat. Together, Batman and Wonder Woman work quickly to recruit a team to stand against this newly-awakened enemy. Despite the formation of an unprecedented league of heroes in Batman, Wonder Woman, Aquaman, Cyborg and the Flash, it may be too late to save the planet from an assault of catastrophic proportions.

Will we get a Snyder Cut? All we can really do is wait and see.