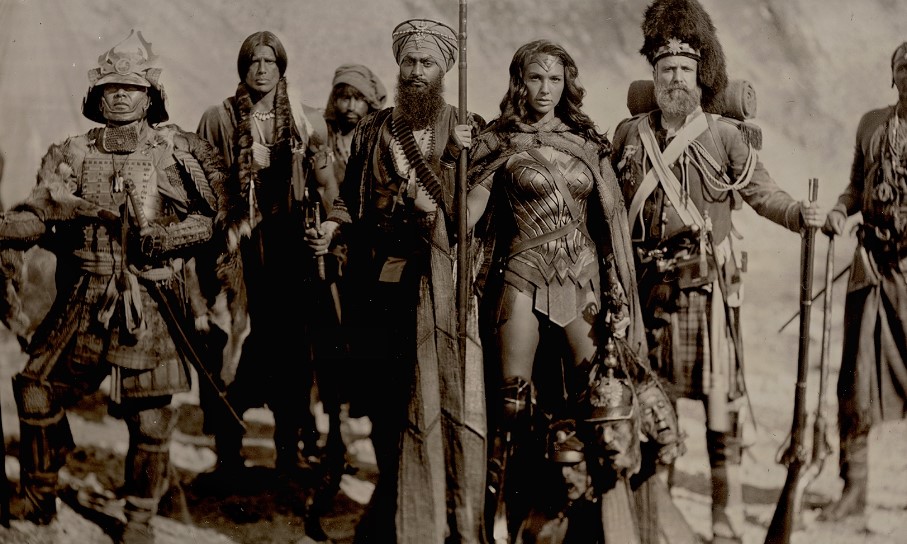 With Wonder Woman director Patty Jenkins opening up about how she wanted her version of Diana to be more close to what women wanted to see, some concept art of the character was going around online with Wonder Woman holding a bunch of severed heads. What’s interesting is, Zack Snyder has given the photo some context and reveals it was part of a plan for a character before she was taken over by Jenkins.

Wonder Woman 1854 – This amazing image shot by Stephen Berkman of an else-world, war weary Diana, who had chased Aries across the battlefields of the world and had yet to meet Steve, who would help her restore her faith in mankind and love itself. pic.twitter.com/eofkAMg9as

What’s also interesting is that Snyder has also released a statement supporting that this photo didn’t really line up with Jenkins’ original vision for the character. On Vero (via @stebob1984), Snyder comments:

While the picture is pretty gritty, it is kind of against the naïve characterization of Diana that we meet in the first Wonder Woman. If they did want to put it in a movie though, it’s possible they could just add it as a photo in The Flash; heck, it could probably serve as Gal Gadot’s cameo without her having to shoot anything for the film; plus is gives some interesting characterization for Wonder Woman in the alternate universe.

For now, you can check out Wonder Woman in Wonder Woman 1984 now on HBO Max and select theaters. Besides that, you can watch out for her and the rest of the DC heroes when Zack Snyder’s Justice League hits HBO Max this March.