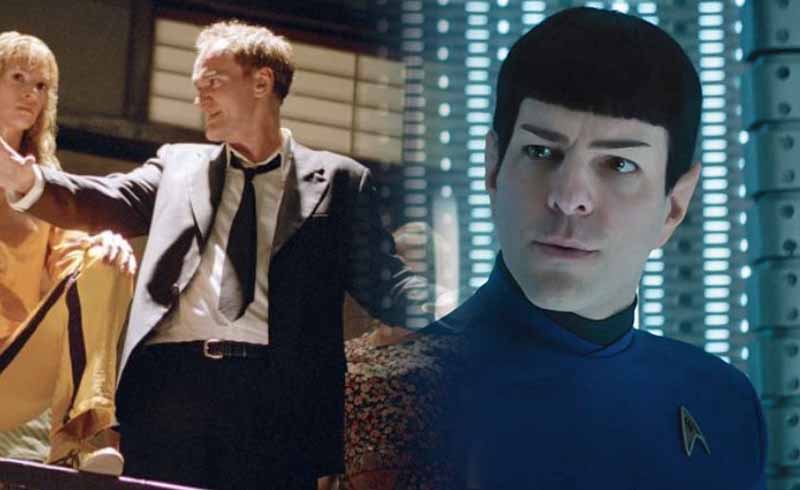 Earlier this year, news came out that Quentin Tarantino was working on a Star Trek movie. However, it looks like he’s letting that one sit while he shoots Once Upon a Time in Hollywood.

Not much in known about Tarantino’s Trek film. However, Spock actor Zachary Quinto kind of confirms that it will take place in J.J. Abrams’ new timeline a.k.a. The Kelvin Timeline.

“You know, until deals are done and contracts are signed and schedules are cleared, nothing is set in stone, so anything can happen. My understanding is Quentin had this idea and they were shaping it and forming it and he is off to do his Manson movie. And it would be after that, that we would go maybe do one with him. Which is pretty exciting, pretty cool.”

After Star Trek Beyond underperformed in the box office, the fate of a fourth Trek movie was suddenly in the balance. With Tarantino coming onboard, though, everyone’s curiosity was suddenly reignited. Tarantino usually specializes in his own genre, so having him move over to sci-fi would definitely be a curious move.

There were earlier rumors that the next Trek film would involve time travel and the return of Chris Hemsworth (Kirk’s Dad), but after Tarantino came onboard, it’s possible that we’ll be getting an entirely different story. We don’t know exactly when we’ll get this film, but hopefully we don’t have to wait too long.

No specific release date has been announced for Star Trek 4.