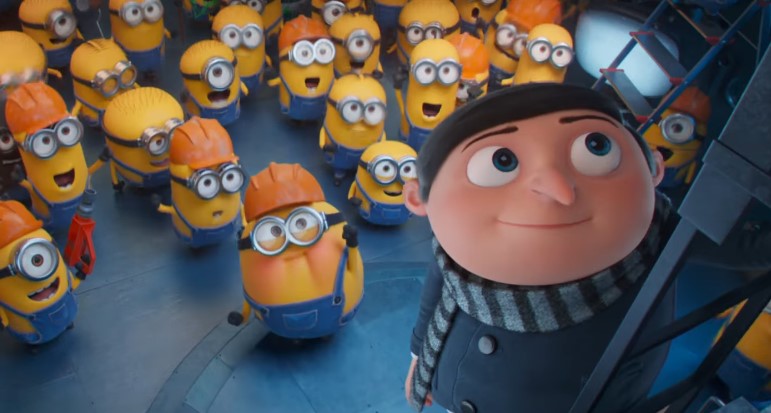 It’s been five years since Gru was on the big screen with Despicable Me 3, but a younger version of him is coming back with the next Minions movie, The Rise of Gru. A new trailer has just dropped, and it gives us more Gru as well as his hapless yellow henchmen.

When the infamous supervillain supergroup, the Vicious 6, oust their leader—legendary martial arts fighter Wild Knuckles (Oscar® winner Alan Arkin)— Gru, their most devoted fanboy, interviews to become their newest member. The Vicious 6 is not impressed by the diminutive, wannabe villain, but then Gru outsmarts (and enrages) them, and he suddenly finds himself the mortal enemy of the apex of evil. With Gru on the run, the Minions attempt to master the art of kung fu to help save him, and Gru discovers that even bad guys need a little help from their friends.

Admittedly, the first Minions film was kind of frustrating to follow if you aren’t a fan of their made-up language. With Gru back for this movie, hopefully we can get a film that’s easier to follow.

While the Despicable Me films have explored the transformation of Gru from a supervillain to a dad, maybe Rise of Gru will have some more valuable input when it comes to his character. Is there a reason why he wants to be a villain rather than use his intelligence for good? I’m betting Illumination wants to give some more heart with the story this time around.

Catch Minions: The Rise of Gru when it hits theaters on July 1.