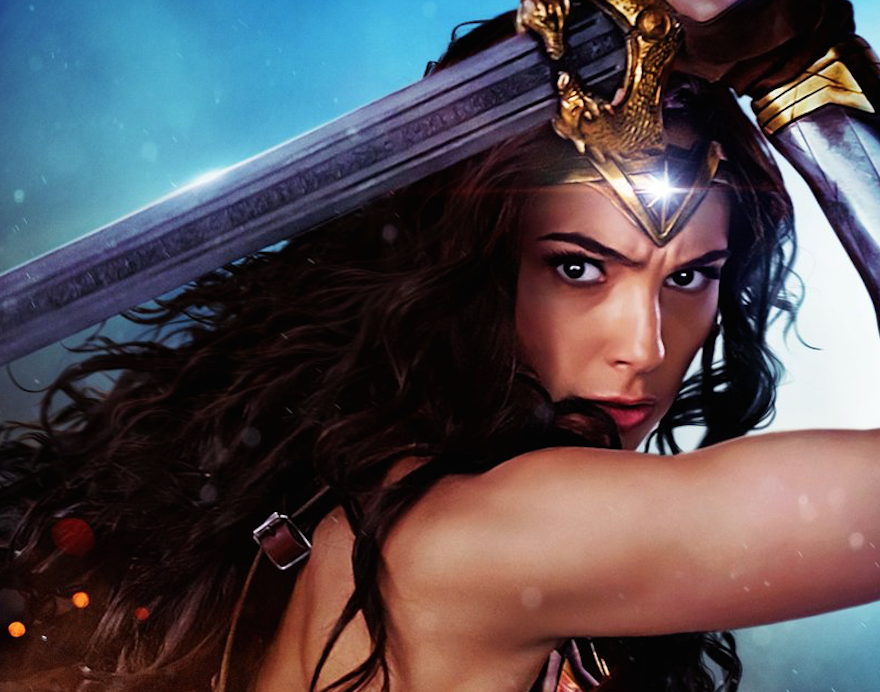 First question raised — is this entire film told as a flashback? The trailer opens with Diana Prince sitting at a desk, looking fondly at the picture she was tracking down in Batman v Superman. “I used to want to save the world,” she says. Is this narration exclusive to the trailer, or is she actually speaking to someone? The first ten seconds or so of this new look appears to be set in modern day. Incidentally, months ago, Gal Gadot was spotted on the film’s set, standing near a Wayne Enterprises armored truck. That image seems to show her in front of the same building she’s walking towards in this trailer’s opening. Is it possible that she’s telling her origin story to Bruce Wayne, relaying her WWI experiences to him after the events of BvS, but prior to the start of Justice League?

This trailer also gives us another glimpse of some fantastic action sequences. Additionally, it confirms that Wonder Woman’s powers are indeed close to their comic counterparts, as we see her flying and putting her bracelets to good use. The Lasso of Truth is also given a few moments of glorious screen time. It remains to be seen whether it’ll function as polygraph. And the humor shines once more, as Diana’s fish-out-of-water routine plays wonderfully off of Etta Candy’s own humor. We’re in for a wild ride when the film opens in theaters on June 2, 2017.

Wonder Woman releases in cinemas around the world next summer when Gal Gadot returns as the title character in the epic action adventure from director Patty Jenkins. Before she was Wonder Woman, she was Diana, princess of the Amazons, trained to be an unconquerable warrior. Raised on a sheltered island paradise, when an American pilot crashes on their shores and tells of a massive conflict raging in the outside world, Diana leaves her home, convinced she can stop the threat. Fighting alongside man in a war to end all wars, Diana will discover her full powers…and her true destiny.