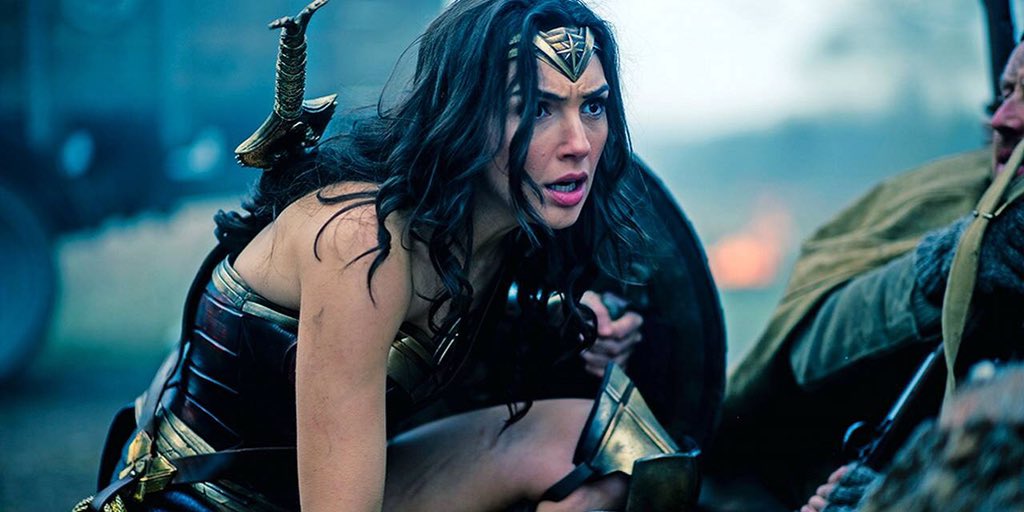 Everyone loves a good action scene. Superhero films excel at them on most occasions and the DCEU, despite its issues, is no exception. So far, the recent incarnation of live-action DC heroes/villains has brought spectacle above all else. The action, while incredible to watch, is typically driven by a means to an end. That may change once Wonder Woman hits theaters.

Members of the press recently took part in another set visit for the film. One particular report from Collider’s Matt Goldberg is especially intriguing. In it, Goldberg speaks of the action scene we’re all familiar with, where Wonder Woman emerges from the trenches, deflecting bullets and mortar fire much to Steve Trevor’s dismay. What we know nothing of is why such a scene takes shape and how it plays out. Read his description of the scene below to see why this film could be a game changer for the DCEU:

“The scene begins with Wonder Woman, Trevor, and their crew going through the trenches, trying to figure out how to get around the fighting. Wonder Woman is confused about why they’re trying to avoid battle, and learns from a scared civilian woman than other civilians have been forced into slavery by the German troops. While Trevor tries to make the case that they need to stay on mission, that’s not good enough for Wonder Woman. She climbs out of the trench and starts charging at the enemy line. The German troops fire on her, but she deflects bullets with her bracelets and then deflects mortars with her shield. Trevor realizes that Wonder Woman is drawing the enemy fire, so he and his fellow soldiers climb out of the trench and follow Wonder Woman into battle.

“The scene ends with Wonder Woman, Trevor, and the troops breaching the German line and taking down a bunch of German soldiers. No, it’s not Superman punching Zod through a bunch of buildings. It’s not the Batmobile blowing up city streets. It’s so much better. It’s a character-driven moment where the action on screen follows the best version of the hero. How good was this scene? I’ll put it this way: I saw it with a bunch of fellow superhero movie nerds, and we’re a pretty jaded bunch. We’ve seen all the superhero films, and while we always want them to succeed, we’re also skeptical. After seeing this scene, we were absolutely giddy.”

As Goldberg notes, the character isn’t driven by trauma. Her decision to run headfirst into battle is one contingent on her morals. War sucks, lives are being lost left and right, and she’s seeing this side of man’s world for the first time. As a hero, what else is she to do? Save the day; save lives. Not for glory. Not because vengeance compels her to do so. And not because she’s on the hunt for where she fits in with the rest of humanity. Wonder Woman acts purely because Wonder Woman is good.

She has the powers of a God; in the DCEU Diana’s a demigod. What does it say about her that she walks away from her life in paradise to help better the world. What more does it say that at some point in the film she leaves man’s world behind, only to return decades later in BvS? We can’t wait to find out how it plays on screen. More importantly, if this film succeeds, we can’t wait to see what it means for character in all comic book movies going forward.