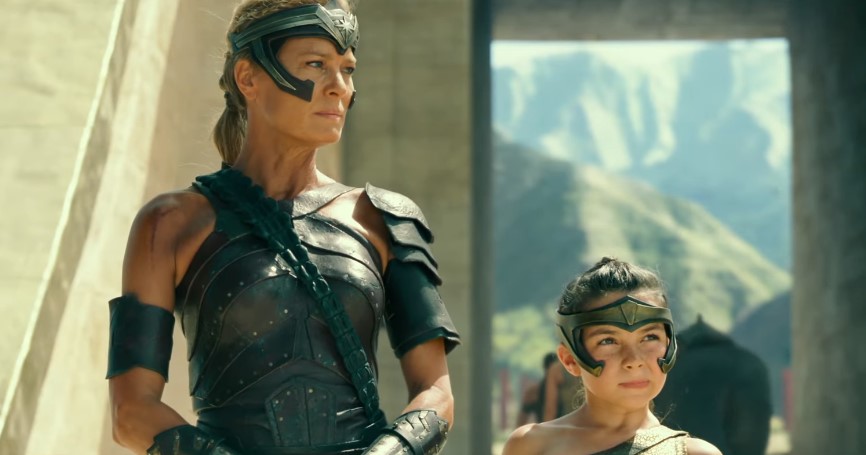 After several delays, WB has finally given up on waiting out the virus and has decided to release Wonder Woman 1984 on HBO Max and theaters at the same time. To hype up the release next week, WB has officially released the opening scene for the film which apparently happens on Themyscira.

We don’t really get to see how the scene ends, but I think we already have a lot of teasers for the rest of the film, especially when it comes to what the Amazons were doing in the arena from swinging on lassos to performing some stunts on horseback.

We also get the return of Robin Wright’s Antiope for a brief scene where she has some very vague advice for Diana; advice that will obviously come back at another point in the film. With Wright’s appearance in Wonder Woman technically boiling down to a glorified cameo, it’s always great to see more of her. I’m not expecting the rest of the Amazons to play an important part in the film, but I’m hoping the movie will surprise me.

Originally set to come out in November 2019, Wonder Woman 1984 had been delayed to June, then to October, and now to December. While it is a bummer that some fans won’t be able to catch the film on the big screen, I guess it’s nice that the holiday season will give us a movie that everyone was expecting to watch since June.

Here’s a short synopsis for the highly-anticipated Wonder Woman sequel:

Wonder Woman squares off against Maxwell Lord and the Cheetah, a villainess who possesses superhuman strength and agility.

Wonder Woman 1984 comes out in theaters and on HBO Max on Dec. 25, Christmas Day.