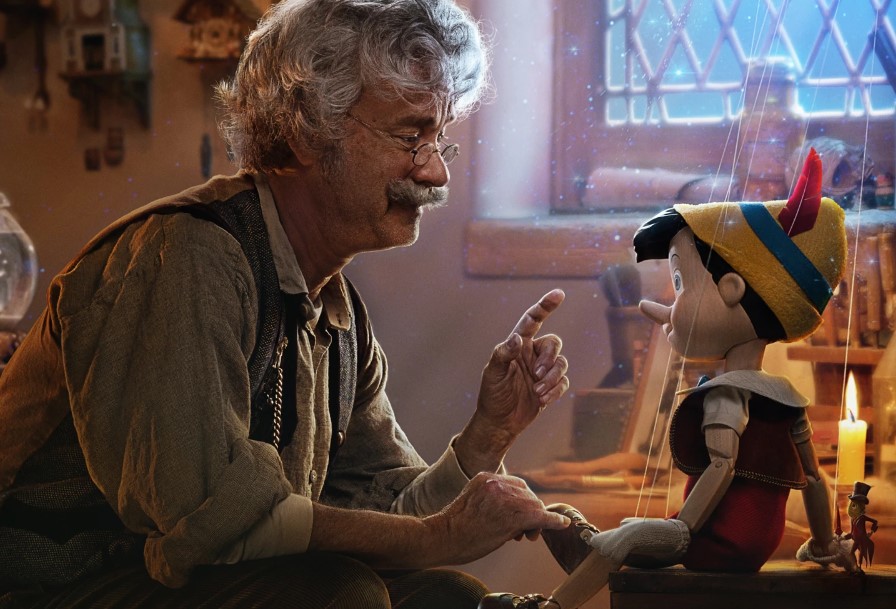 Guillermo del Toro’s Pinocchio may be coming out this December, but Disney is going to be releasing their live-action adaptation of the animated movie next month. Just in, we have a new trailer that finally gives us a look at Pinocchio the puppet as well as the other characters.

Besides Pinocchio, the movie is also bringing back several other characters from the animated film like the Fox and the Cat. Of course, there’s also the evil puppeteer Stromboli. They even brought back Geppetto’s pets like Figaro the cat and Cleo the goldfish.

Speaking of Geppetto, Tom Hanks looks absolutely great in costume, and he feels very much like the Geppetto we got in the animated version. I guess when you have Robert Zemeckis at the helm, he’s definitely going to find a way to put Hanks in the movie—then again, he seems pretty perfect for the part. I mean, if he can play modern-day TV dad Mr. Rogers in A Beautiful Day in the Neighborhood, he can play one of the more recognizable fantasy dads of all time.

Academy Award® winner Robert Zemeckis directs this live action retelling of the beloved tale of a wooden puppet who embarks on a thrilling adventure to become a real boy. Tom Hanks stars as Geppetto, the wood carver who builds and treats Pinocchio (Benjamin Evan Ainsworth) as if he were his own son. Joseph Gordon-Levitt is Jiminy Cricket, who serves as Pinocchio’s guide as well as his “conscience”; Academy Award® nominee Cynthia Erivo is the Blue Fairy; Keegan-Michael Key is “Honest” John; Academy Award® nominee Lorraine Bracco is Sofia the Seagull, a new character, and Luke Evans is The Coachman. Also in the cast are Kyanne Lamaya as Fabiana and Jaquita Ta’Le as her marionette Sabina, Giuseppe Battiston as Stromboli and Lewin Lloyd as Lampwick.

Pinocchio comes to Disney+ on Sept. 8.