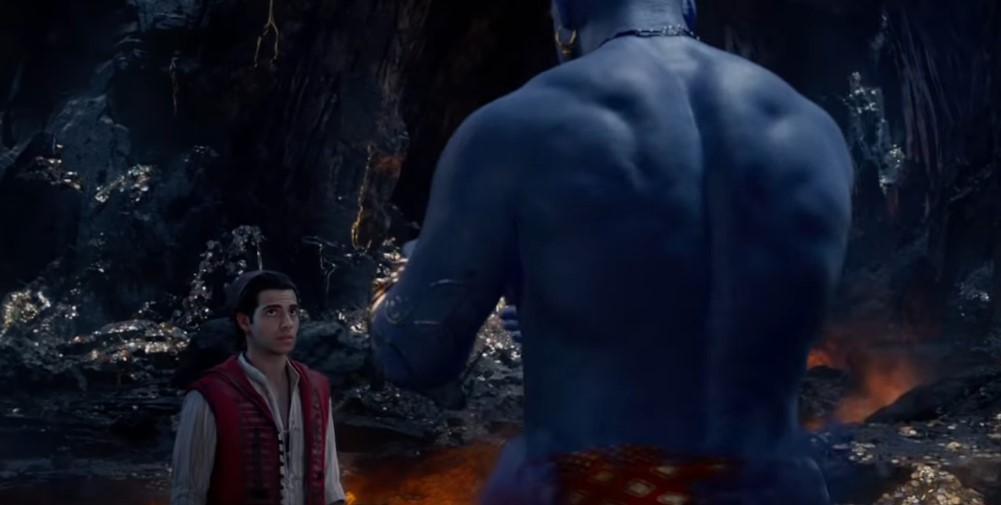 It’s finally here. After months of teasers from Disney with photos and sneak peeks, we have a better look at Guy Ritchie’s live-action Aladdin —complete with CGI Genie Will Smith.

A thrilling and vibrant live-action adaptation of Disney’s animated classic, “Aladdin” is the exciting tale of the charming street rat Aladdin, the courageous and self-determined Princess Jasmine and the Genie who may be the key to their future.

Just by looking at the dislike bar and comments, you can tell that a lot of people are not a fan of how the full blue Genie turned out. I don’t know if this is because they’re expecting Robin Williams, or Will Smith’s face was obviously CGI-d onto a bigger person’s body.

Personally, I don’t think anyone has the right to complain. They hated it when the first Aladdin photos revealed a human Genie, and demanded that he has to be blue. Now they have the full blue Genie like in the cartoon, and nobody likes it. If you ask me, the movie should have kept to the Broadway aesthetic and just kept him human the whole time.

Besides Genie, we also have a look at some more set pieces including the Prince Ali parade and the collapse of the Cave of Wonders. We also discover that Jafar has a very high-pitched voice—and he has his pet parrot Iago!

Catch Aladdin in theaters May 24.