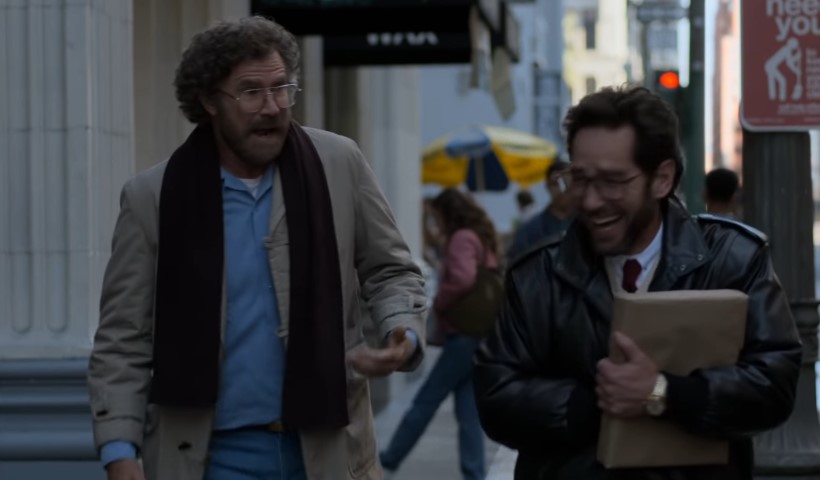 Will Ferrell and Paul Rudd are comedy giants who have moved on to bigger things since Anchorman, but now the two are teaming up again for a new series on Apple TV.

Check out the first trailer for The Shrink Next Door:

Inspired by the true story of Marty (Ferrell) and the therapist who turned his life around…then took it over. When he first meets Dr. Ike (Rudd), Marty just wants to get better at boundaries. Over 30 years, he’ll learn all about them—and what happens when they get crossed.

“It’s so relatable in a way — obviously it has special meaning for anyone who has done any amount of therapy… When we talked to [the real] Marty about this, it was a perfect storm of someone in a vulnerable place who had never really sought this type of counsel before and decided to give it a shot, and got some really effective temporary relief right out of the gate and support in a way that he’d never felt and thought, ‘Let’s keep going. I’m going to double down on this whole thing.’ And then it was the point of no return. So that whole kind of seduction of it at first, and then just the rapid ringing around the toilet bowl before you go down was the part that really jumped out to me.”

The story of a co-dependent shrink and patient relationship is admittedly pretty crazy, and though the series kind of looks like a drama, it’s still being described as an ‘existential therapy comedy series.’ While I’m sure there are going to be some laughs with Ferrell and Rudd, I won’t be surprised if things take a dark turn or get intensely serious.

Catch The Shrink Next Door when it premieres on Apple TV on Nov. 12; besides that, you can also check out the podcast of the same name.