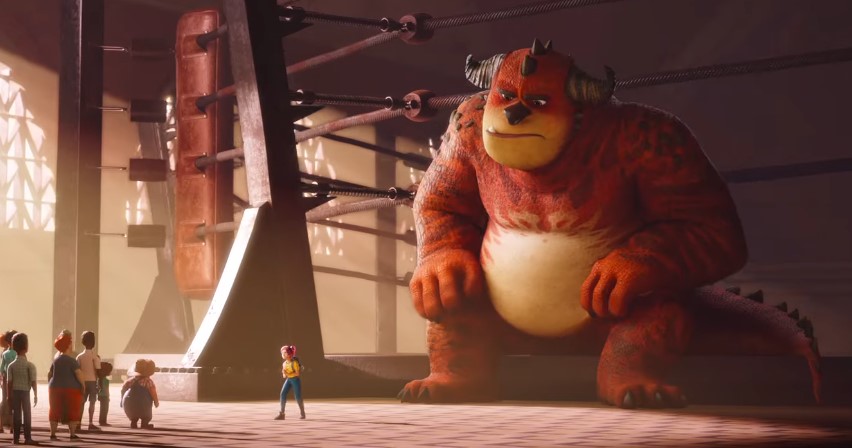 Paramount may not have that much prestige when it comes to their animated films, but that hasn’t stopped them from trying. Just in, we have a new trailer for a movie called Rumble, and it’s basically Reel Steel, but with giant monsters instead of robots.

In a world where monster wrestling is a global sport and monsters are superstar athletes, teenage Winnie seeks to follow in her father’s footsteps by coaching a loveable underdog monster into a champion.

Will Arnett (BoJack Horseman) will be playing the part of main Kaiju Steve, and I’m guessing Geraldine Viswanathan is his trainer, Winnie. Terry Crews is also playing the part of Tentacular, and you can even see the character doing Crews’ signature chest bouncing.

Sonic the Hedgehog’s Ben Schwartz has also been cast in the film, and I’m curious on who he’ll be voicing. Since Sonic is a Paramount film, I’d expect Sonic to make some kind of cameo, but if not, maybe Schwartz can play another “Blue” character—like he did in the new TMNT and DuckTales.

I expect the normal sports’ movie when it comes to this film, but I’m excited to see the different monster designs. I think Tentacular’s looks is pretty wild, but the main monster seems to be a Sully from Monsters Inc. just with red fur. Hopefully we get a look at the other monsters soon.