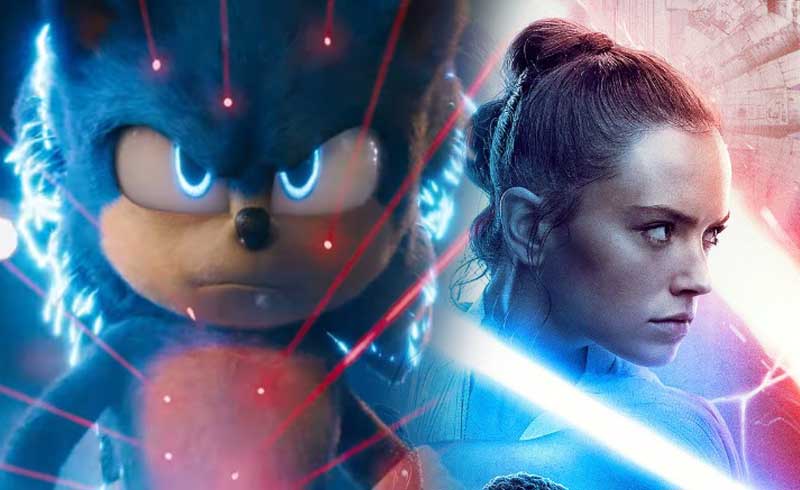 Well this is awkward. Back when trailers first came out for Sonic the Hedgehog and The Rise of Skywalker, it was clear that everyone was more excited for TROS compared to Sonic. With Sonic hitting theaters, and the reviews just coming in, it looks like this speedy hedgehog has become more beloved by movie fans compared to the end of the Skywalker Saga.

Sonic the Hedgehog movie currently has a higher Rotten Tomatoes score than Star Wars: The Rise of Skywalker pic.twitter.com/7kQMJzUuHM

As it stands, Sonic the Hedgehog now has a 65% Critical Score with a 90% Audience Score. Compare that to The Rise of Skywalker’s 52% CS and 86% AS. I mean, sure a lot of audience members had boosted up the reception of TROS, but it’s funny to think that more people agreed that Sonic was better.

Personally, I was not a big fan of TROS, so it’s kind of funny that the film with one of the most poorly received trailers would beat its score when it comes to critics and audiences; so much for a film that’s said to end a story that’s spanned for more than 40 years.

We don’t know if Lucasfilm will eventually remedy this underperformance of TROS, but it looks like Disney is happy with the results. For now, fans are waiting for a rumored 3-hour cut from J.J. Abrams, but who knows if that will ever see the light of day. The internet is already too busy asking for the Snyder Cut of Justice League.

For now, you can catch Sonic the Hedgehog in theaters.