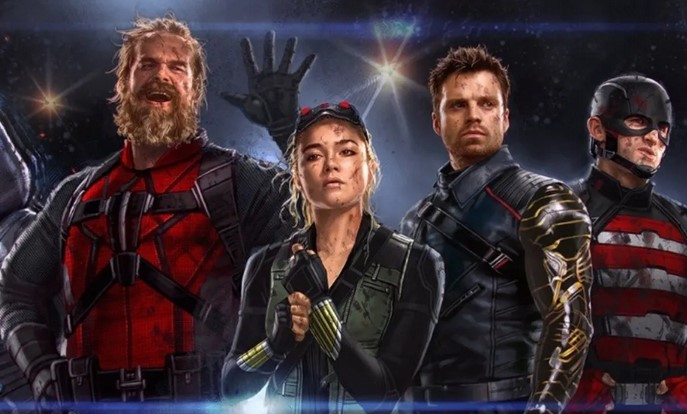 David Harbour’s Red Guardian could have been a one-off character in Black Widow, but Marvel has decided to bring him back for the upcoming Thunderbolts film. With Marvel already rife with supergroups, Harbour tries to place the Thunderbolts into their own category against the Avengers and the Guardians of the Galaxy.

Talking to ComicBook (via The Direct), Harbour explains:

“We’re… like, losers, which I like. We’re like, you know, the losers. And I think it’s fun to watch us just mess everything up. I think that’s the spectrum. I think it’s very funny, but there’s also a lot of pathos in that. There’s a lot of drama in a bunch of people that just keep getting their lives wrong and, because of character flaws, keep messing things up. And nobody gives them the respect that they do to Captain America and Iron Man, very capable people. So there’s a lot to draw on there. There’s a lot of movie there that’ll be fun.”

Even before the film was announced, and rumors were going around that a Thunderbolts project was in the works, everyone was already making comparisons to Suicide Squad, what with the group of supervillains being coerced into working for the government.

Who knows, maybe Marvel could come up with something more unique with the story. After the bland reception of Black Widow and a lot of other Phase 4 films, it would do the studio some good to try and shake things up creatively.