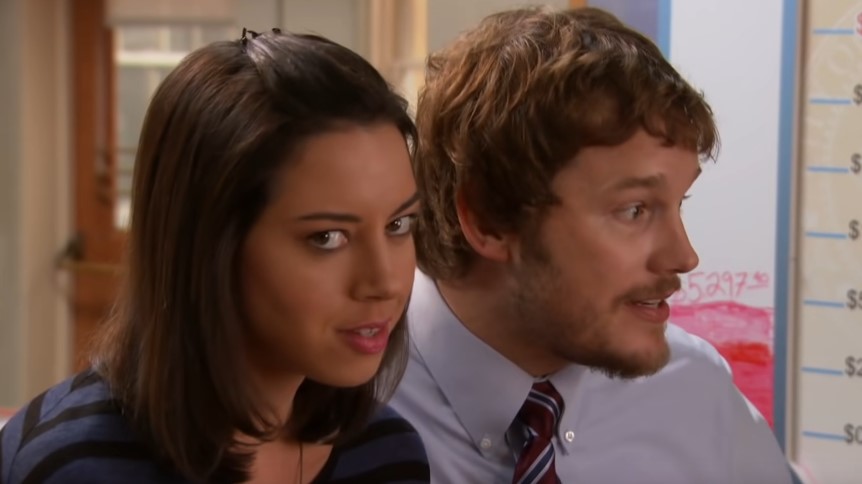 Chris Pratt was a part of Parks and Recreation before he became the lead of a franchise like Guardians of the Galaxy, and word has it that one of his Parks co-stars could be making a jump to the MCU as well.

As per The Illuminerdi, Aubrey Plaza, a self-identifying ‘Evil Hag’ (no, really, it’s her Twitter handle) is going to joining another Evil Hag show, specifically Agatha: Coven of Chaos. We don’t really have any details about Plaza’s character, but seeing as she herself is a big name, they could put her in a more substantial role opposite Kathryn Hahn—who, surprisingly, was also in Parks and Recreation.

Though this is Plaza’s first rodeo with the MCU, she has appeared in another (now discontinued) Marvel series, Legion with actor Dan Stevens. With a lot of critics praising Plaza’s role in that show, Marvel would do well to give her a nice and meaty role when it comes to this WandaVision spinoff.

So far, nothing official has been announced about Plaza’s casting, so maybe we should take this piece of news with a grain of salt for now. Besides Hahn, no other major cast member has been mentioned; but I guess some fans are hoping for some kind of appearance from Elizabeth Olsen’s Scarlet Witch.

I’ll be honest, I don’t see where an Agatha spinoff could go, but if Marvel is willing to push forward, maybe they have something interesting in mind. As long as it goes for a different tone like She-Hulk, I’m all aboard.

No release date has been set for Agatha: Coven of Chaos, but you can catch her in Wandavision now streaming on Disney+.