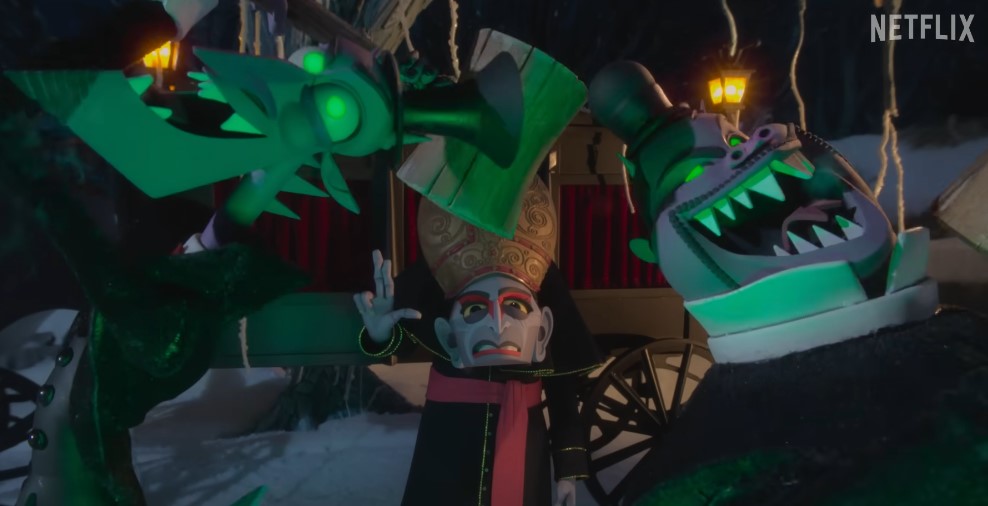 Everyone is eagerly waiting for Guillermo del Toro’s animated Pinocchio film coming to Netflix this December, but the streaming service has another stop-motion-animated movie from director Henry Selick.

Watch the trailer for Wendell & Wild:

From the delightfully wicked minds of Henry Selick (director of The Nightmare Before Christmas and Coraline) and Jordan Peele (Nope, Us, Get Out) comes the story of Kat (Lyric Ross), a troubled teen haunted by her past, who must confront her personal demons, Wendell & Wild (played by Keegan-Michael Key and Jordan Peele) to start a new life in her old hometown. Wendell & Wild also stars Angela Bassett, James Hong, and Ving Rhames.

Admittedly a lot of people forget that Selick was the actual director of Nightmare Before Christmas, but everyone just really associates that film with Tim Burton. If anything, this movie looks and feels a lot like his previous work, and if I could make a guess, it feels like an animated take on Beetlejuice, only this time, there’s two of him.

I have to say, it’s also great to see Jordan Peele and Keegan-Michael Key working together from time to time. Though the two have started to branch out, working on different projects by themselves, they still make the time to bring out that winning chemistry of theirs—even if it’s just voiceover work.