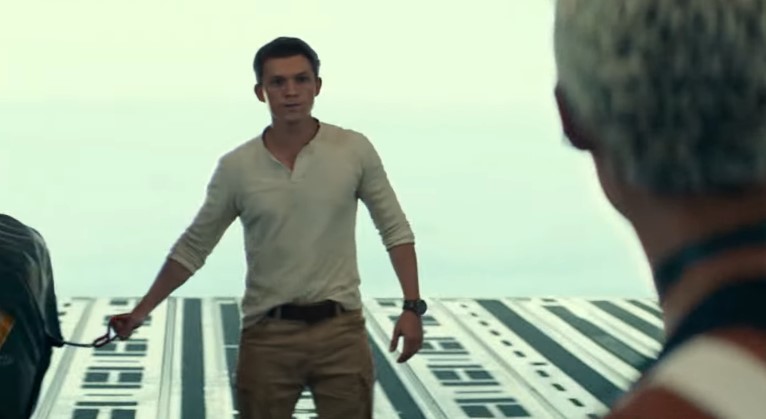 Right after the release of Spider-Man: No Way Home, Sony is set to drop another Tom Holland-fuelled adventure with Uncharted. The movie is set to to come out in February, and we have a new clip featuring Nathan Drake (Holland) fighting for his life on the back of a plane.

Watch the plane fight scene from Uncharted down here:

The Uncharted scene is essentially an expansion of the setpiece we’ve seen in the trailers, with Drake trying not to fall to his death as a stream of cargo is steadily ejected out of the plane. It’s a scene right out of the Uncharted games, and is very much expected when it comes to Drake’s adventures; no doubt we’ll be getting a lot more of this in the film.

I guess I just find it weird that Uncharted had to cast Holland. Besides the age issue, him playing one of the biggest superheroes on screen kind of messes with the action scenes in a meta way. Essentially, the clip just feels like a Spider-Man scene, but Peter Parker can’t use his powers. At some point, I was expecting Holland to shoot a web at the plane—he does do that classic superhero pose before he’s hit by the car though.

If anything, the movie still has potential, and hopefully by the time the movie gets kicking, fans will have shaken off that “Tom Holland is Spider-Man” feeling. You’d think Sony would just wait longer to release the film, but as it stands, Uncharted has already had a rocky road behind-the-scenes, what with multiple director changes and delays.

For now, Uncharted is set to come to theaters on Feb. 18.