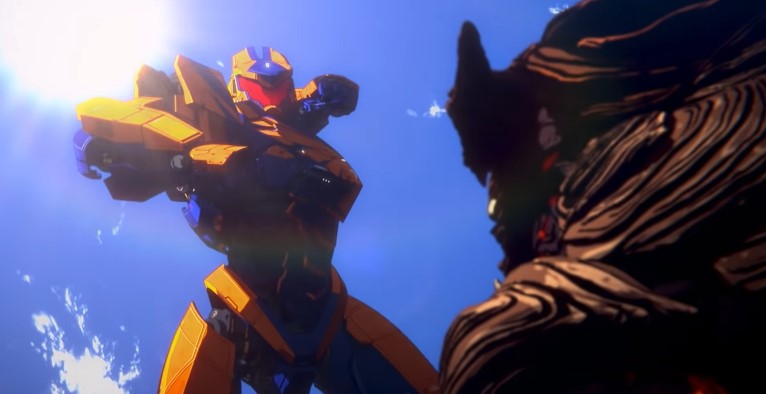 Last week saw the teaser for the upcoming Pacific Rim series for Netflix, and now the streaming service has finally dropped a full trailer for the show, showcasing new Kaiju, Jaegers, and the main characters.

Check out the Pacific Rim trailer down here:

There was a time when Kaiju rose from the Pacific Rim only to encounter gigantic robots, Jaegers, built to fight them back. That time has passed. Now, Australia has been overrun by Kaiju, forcing the evacuation of an entire continent. Left behind, teenage siblings Taylor and Hayley embark on a desperate search for their missing parents, teaching themselves to pilot a battered, long-abandoned Jaeger to help in their quest and give them even the slightest hope of surviving.

The synopsis for the film is kind of interesting since it suggests that this movie takes place after the events of the first two movies. In both Pacific Rim and Pacific Rim: Uprising, Australia is still pretty much a populated country. Unless this story is trying to fill-in some gaps, this could be a straight-up continuation of the overall story. Though Uprising didn’t perform as well as expected, it still left room for a sequel.

While the Pacific Rim franchise isn’t perfect, it does have a very interesting world, and I’m sure that a lot of fans are eager to see what’s in store for the series. Hopefully this could spark some new interest in the franchise, and maybe we could get a new movie down the line.

Catch Pacific Rim: The Black when it hits Netflix on March 4.