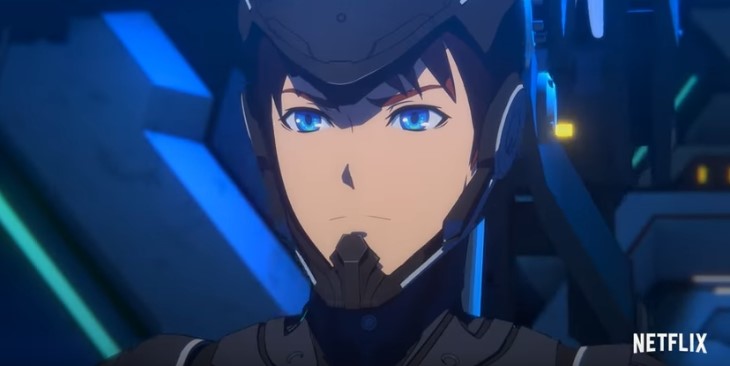 Pacific Rim: Uprising may not have been that well-received when it came out, but the wolrd of Kaiju and Jaegers is still fun to romp around in and Netflix has greenlit an anime series called Pacific Rim: The Black. Just in, we have a new teaser announcing the March release date, and it gives us a good feel of what to expect from the show.

As Kaiju rising from the sea overrun Australia, two siblings search for their parents as they fight to survive, together.

According to What’s On Netflix, the series has been greenlit for two seasons with the first one containing 4 episodes. The studio behind the series, Polygon Pictures, was also behind other anime properties like the animated Godzilla films, Human Lost, and Blame!. We don’t know which part of the Pacific Rim timeline the story is in, but it’s possible that this could be a prequel to the first movie with the Kaiju still popping up and the Jaegers still in the earlier stages of development.

With giant monster movies like Godzilla and Kong: Skull Island making their return in cinemas, it’s curious as to why the Pacific Rim franchise isn’t as successful as it is. Then again, they always visually dazzling with amazing world-building. I guess where the franchise really stumbles is the narrative storytelling and weak characters. If Legendary just manages to make a Pacific Rim film with a compelling narrative that goes alongside the giant monster fights, then maybe the franchise could be a bigger hit. At least, that’s my analysis.

For now, catch Pacific Rim: The Black when it hits Netflix on March 4.