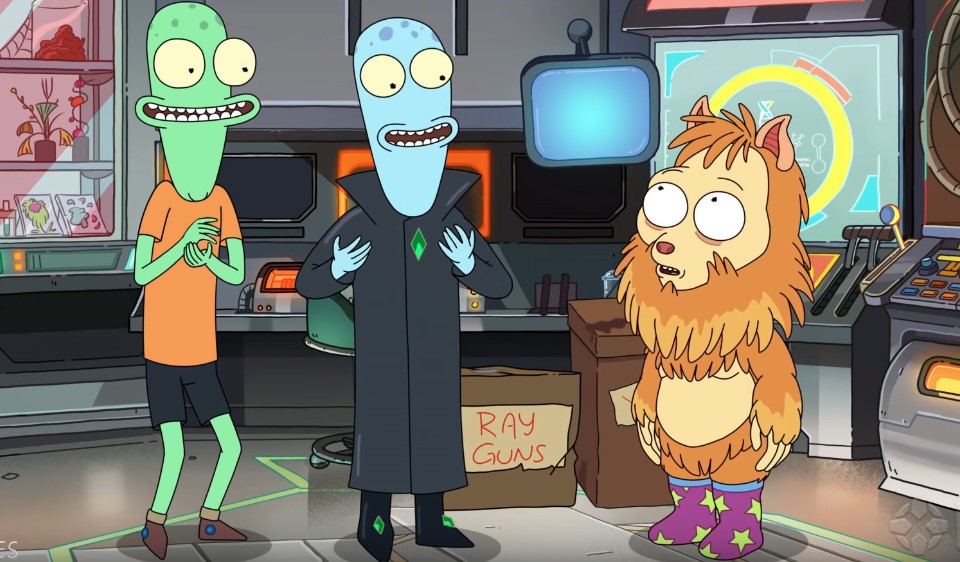 Solar Opposites centers around a team of four aliens who escape their exploding home world only to crash land into a move-in ready home in suburban America. They are evenly split on whether Earth is awful or awesome. Korvo (Justin Roiland) and Yumyulack (Sean Giambroni) only see the pollution, crass consumerism, and human frailty while Terry (Thomas Middleditch) and Jesse (Mary Mack) love humans and all their TV, junk food and fun stuff. Their mission: protect the Pupa, a living super computer that will one day evolve into its true form, consume them and terraform the Earth.

Like I said, the show is basically Rick and Morty with aliens, but I guess the tables are turned this time around. While Rick and Morty is about a duo of humans who constantly go off-planet for an adventure, Solar Opposites have an alien family on Earth trying to blend in. Either way, we still get a dysfunctional family and sci-fi hijinks.

We don’t really know how this show will set itself apart, but it could just be fun on its own. I mean, Seth MacFarlane basically just remade Family Guy with American Dad, but that show was still a romp.

Catch Solar Opposites when it debuts on Hulu on May 8.