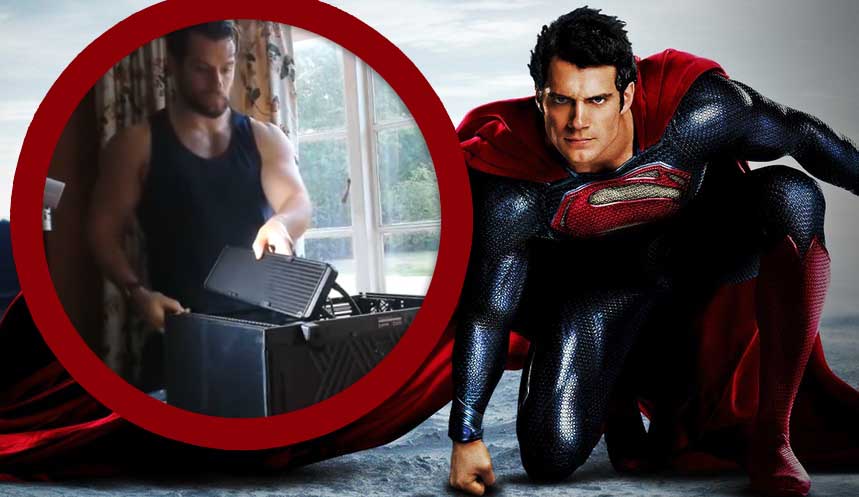 Quarantine has forced everyone to try and find something to do with their time at home, and while some have opted to work out or catch up on their Netflix watchlists, The Witcher’s Henry Cavill has decided to build his own gaming PC. What’s more, he’s doing it ever so seductively in a tank top with Barry White playing in the background.

This kind of material isn't for everyone….viewer discretion is advised. You may see a lot of parts that you haven't seen before. #PC #AllTheParts #AllNightLong

Even the caption is suggestive, and DC star Cavill even went so far as to edit the parts where he ‘wipes’ things into slow motion. With Cavill being this savvy with building the PC, I have no doubt he was also the one who decided to edit the video himself and play My First My Last My Everything over it.

Needless to say, the internet has gotten thirsty over Cavill and his PC-building skills. While it’s always a treat to see someone with that built physique, there’s just something different about watching that same body meticulously craft a gaming computer. Not even Terry Crews could reach this level of thirst trapping when he built his PC, but then again, that was for his son so it was for a more wholesome reason.

Henry Cavill seriously just built an entire gaming computer from scratch during quarantine. Why am I in love with the hottest nerd on the planet … pic.twitter.com/w1aW98RywY

We don’t know when Cavill will be back in front of the camera again, but everyone is hoping that he gets to play Superman sometime soon. At least we’ll be able to see his CGI-less face come Zack Snyder’s Justice League. Catch it on HBO Max when it comes out sometime in 2021.