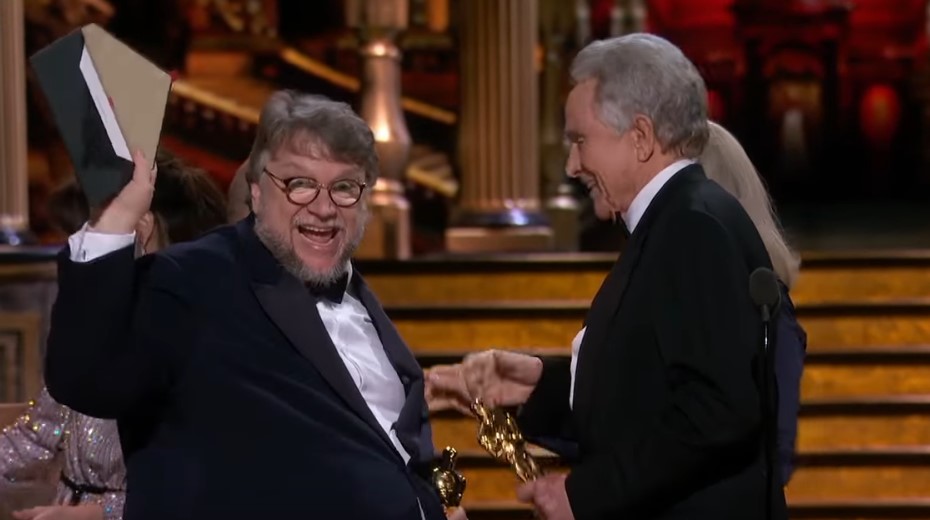 With all the awards that The Shape of Water was nabbing already, it was almost no surprise that the film would win Best Picture at the Oscars this year. Counting last year’s incredibly embarrassing mishap at the Oscars, del Toro has decided to double-check onstage if his team had indeed won Best Picture.

Watch as del Toro grabs the envelope and shows it to the camera at 0:48:

Just to compare, here was the mishap that took place last year, and it really is pretty hard to watch:

The way it looks, Warren Beatty got the wrong envelope and hesitated to announce the winner since he saw that it read “Emma Stone, La La Land.” He tried to confirm this with his co-presenter Faye Dunaway who just ended up reading what was on the envelope—you can piece together what happens next.

2018 has definitely been del Toro’s year, and I bet he’s pretty happy that he decided to skip out directing Pacific Rim Uprising to do this film.