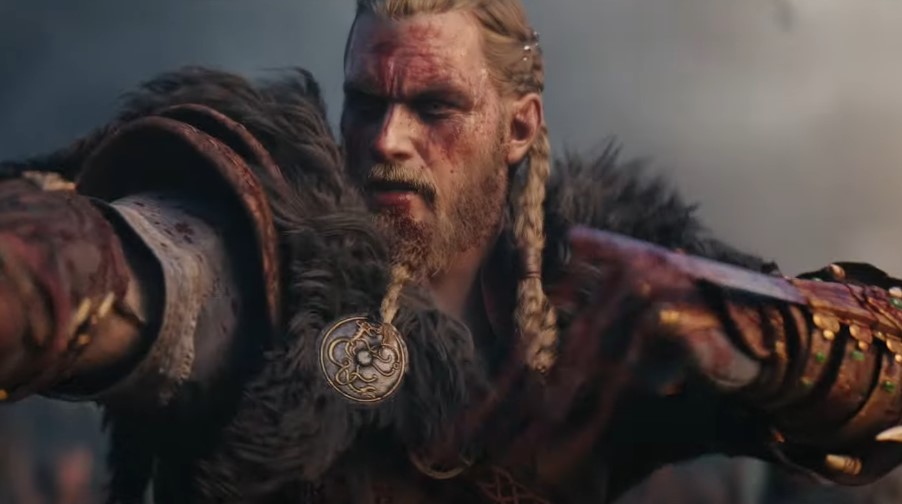 After Ancient Greece, Ubisoft is set to bring us to the historical world of the Vikings with Assassin’s Creed Valhalla. A new cinematic trailer has just dropped, and it’s probably the closest thing we’ll get to an actual Vikings game.

Here’s the official description of the game:

Become Eivor, a mighty Viking raider and lead your clan from the harsh shores of Norway to a new home amid the lush farmlands of ninth-century England. Explore a beautiful, mysterious open world where you’ll face brutal enemies, raid fortresses, build your clan’s new settlement, and forge alliances to win glory and earn a place in Valhalla.

England in the age of the Vikings is a fractured nation of petty lords and warring kingdoms. Beneath the chaos lies a rich and untamed land waiting for a new conqueror. Will it be you?

Just like the previous game Odyssey, players will also be able to pick between a male and female protagonist. It’s also said that there will definitely be mythical elements to Valhalla, and this time it will be drawn from Norse mythology; even your spirit animal is a raven (as in Odin’s ravens).

Probably the newest element introduced in the game will be the ability to build your own villages. We don’t know how extensive this system will be, but it will be interesting to finally give our characters a ‘home base’ after all those hours pillaging English villages.

Assassin’s Creed Valhalla is set to come out in the holiday season and will be available for Xbox One, Xbox Series X, PS4, PS5, PC, and Stadia.